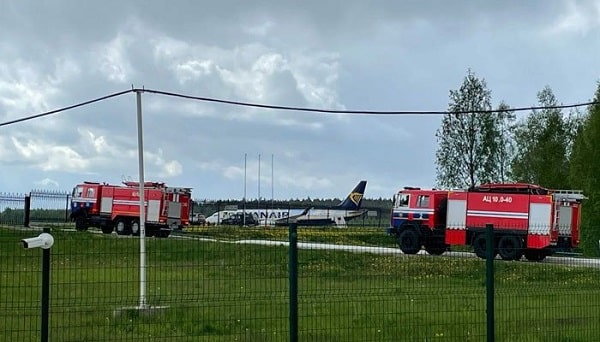 The Belarusian Air Force forcibly took off a Ryanair flight from the European country of Greece to Lithuania at the Minsk airport in order to arrest a journalist.

According to aviation sources, Ryanair flight FR 4974 took off from Athens Airport, Greece at 7:30 am local time for Vilnius, the capital of Lithuania.

The plane flew as usual and entered Belarus two and a half hours later, when it was surrounded by Belarus Air Force planes.

The Belarus Air Force landed the plane at the capital Minsk International Airport.

According to sources, the famous Belarusian anti-government journalist Roman Protasovich was traveling on the flight.

According to aviation sources, after landing at Minsk Airport, the Boeing 737 plane was surrounded by law enforcement agencies, who entered the plane and arrested journalist Roman Protaswich after identifying him.

Aviation experts have strongly criticized the Belarussian Air Force for forcibly taking off a Ryanair plane at the behest of Belarusian dictator Lukashenko and endangering the lives of other passengers.