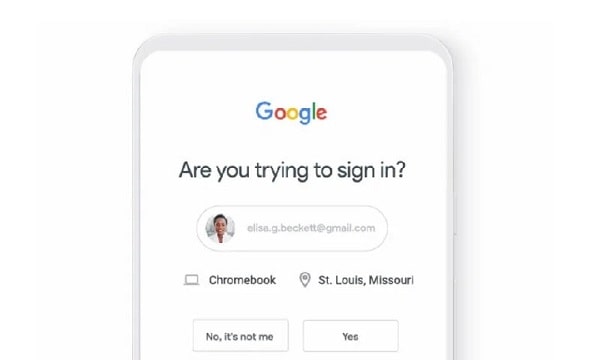 Google has decided to make two-factor authentication by default the most important step in protecting users’ accounts.

The company said in a blog post on the occasion of World Passwords Day that two-factor authentication will soon be enabled in users’ accounts.

Once enabled, an attempt to log in to a Google Account will confirm the identity of the user via a promo on the smartphone.

The blog states that using mobile devices to sign in will allow people to find a more secure way to move away from passwords.

The traditional two-factor authentication feature will remain in place and the user will be able to use physical security like Google Titan.

Google added the option to use Android smartphones as a security key in 2019 and now this feature is being extended to iPhones as well.

The company says the new campaign is for a future when users will no longer need a password.

According to Google, 66% of users in the United States alone admit that they use a single password to log in to multiple sites, which puts their accounts at greater risk of hacking.

Google also advised users to ensure the security of their accounts through a quick security checkup in the settings.