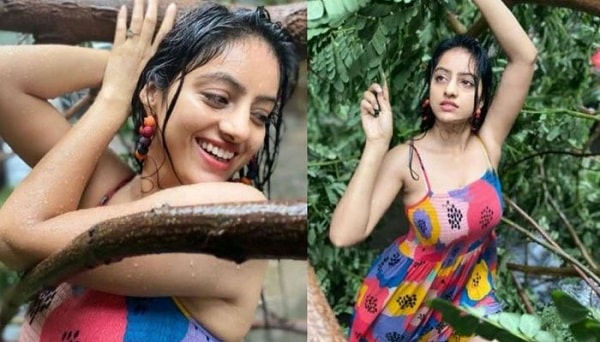 Popular Indian TV actress Deepika Singh poses for a photoshoot with a fallen tree after being devastated by Hurricane Taute.

Hurricane Taute has wreaked havoc in India and caused severe loss of life and property in several Indian states.

In Mumbai, too, the taunts have wreaked havoc, killing dozens.

In such a situation, the well-known Indian TV actress Deepika Singh has done a photoshoot with a fallen tree on the road in front of her house in Mumbai.

During the rain, the actress not only stood with a fallen tree and made various poses but also made videos.

The actress posted photos and videos from her Instagram account after which she is now under criticism.

The actress has been heavily criticized by social media users and has been described as careless, while some fans have praised her photoshoot.

It may be recalled that actress Deepika Singh has given a drama serial and Bati has gained fame from us and she has also appeared in web series while she has also participated in several reality shows.