Gaza: Israeli warplanes continued on bomb Gaza for a second day today, bringing the number of martyrs to 56, including 15 children, including a pregnant woman.

According to the international news agency, Israeli planes savagely bombed Gaza for the second day today, as a result of which many residential buildings collapsed. Dozens of families were buried under the rubble. 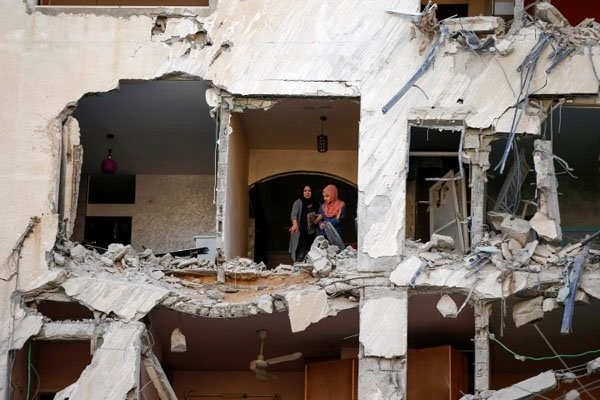 The number of martyrs in the two-day Israeli aggression has risen to 56, including 15 children and 3 women, while more than 300 people have been injured. Hospitals are full of wounded and the city looks like a ruin. 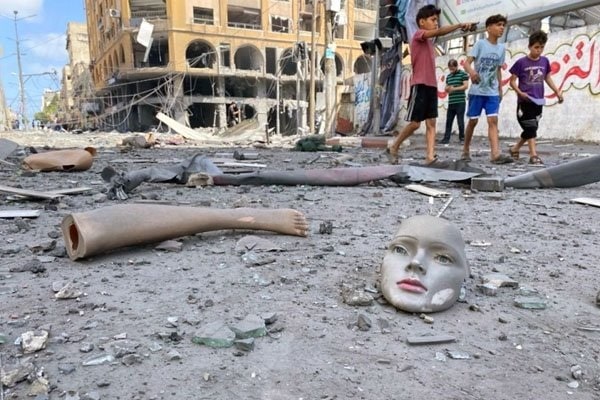 An Israeli rocket also hit a house in the Gaza city of Til al-Hawa, killing a pregnant woman and her husband and 5-year-old son. These rocket attacks have wreaked havoc in Gaza and there are heartbreaking scenes everywhere.

Why Israel Started Bombing on Ghaza, What is the Reason Behind The Israel Bombing?

Hamas also fired rockets at Israel, destroying an Israeli oil pipeline in Ashkelon, killing five Israelis and wounding about 70 others. Hamas called more than 100 counter-attacks on Israel response to the Israeli attack on a 13-story residential building.

In the Israeli city of Lud, a Jewish man killed a 25-year-old Arab man, sparking a riot and setting fire to a synagogue. Several shops and vehicles were also set on fire, prompting an emergency in Lud.

Israel has accused the 13-story building of being run by Hamas, which fired rockets at Israel, killing Israeli children. The Israeli Defense Minister has already ordered the mobilization of 5,000 reserve troops.

How did a series of airstrikes begin?

Israel violated fundamental rights and religious freedom by using force against Palestinians attending the Al-Aqsa Mosque prayers on Friday. On the 27th night, the Israeli army tried to stop the Palestinians from worshiping, which led to a clash and the arrest of several Palestinian youths.

Armed Israeli soldiers not only stopped worshiping but also began arresting unarmed and peaceful Palestinian youth for protesting. On this occasion, the world saw a new narrative of determination when the Palestinians continued to make arrests with a smile without any fear or pressure.

Forced eviction of Palestinians and resettlement of Jews in Sheikh Jarrah

Palestinian property is being destroyed and Palestinians are being evicted in the main area of ​​East Jerusalem, Sheikh Jarrah, due to which the situation has been tense for several days. Clashes also broke out between security forces and Palestinians.

In the area, Israel’s Supreme Court ruled in favor of a Jewish settlement organization that authorized the eviction of Palestinians. More than 70 people had filed an appeal against the Supreme Court’s decision, which was scheduled to be heard on Monday, but the court adjourned the hearing.

Hamas says the Israeli army not only prevented worship at the Al-Aqsa Mosque, but also set it on fire, while Palestinians are being evicted from their homes in Sheikh Jarrah. To which Israel will be answered.

It should be noted that Hamas has been in control of Gaza since 2007 and since then there have been three wars and clashes continue.

At an emergency meeting of the Security Council, Palestine’s envoy to the United Nations, Riyad Mansour, sharply criticized the UN’s silence, saying “Israeli atrocities are a hateful massacre that should be strongly condemned.” He also called for an end to the Israeli military operation and an investigation into the killings.

The meeting also observed a minute’s silence on the deaths caused by Israeli attacks.

It should be noted that many countries, including the United Nations and the United States, have expressed their desire for Israel and Hamas to exercise restraint and end the clashes, saying that the parties should refrain from violent acts in order to establish peace in the region.