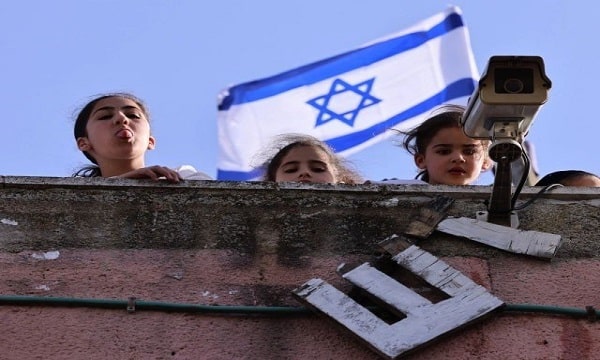 Gaza: Jewish settlement continues on Palestinian land and in one such incident, a video of an occupying Jew talking to a Palestinian girl went viral.

In a video that went viral on the social networking site Twitter, a Jewish man addressed the video maker and said, “If I didn’t occupy your house, someone else would.”

This doesn't describe the Israeli occupier's logic only; it also describes the rudeness of those who support the Israeli colonial policies of expropriating the Palestinian occupied lands. pic.twitter.com/OSB0QejwCT

The video was shared by well-known Palestinian social activist Tamar Muqalida while the Israeli settler was talking to a 22-year-old girl named Mona. Mona forbids the Jewish man from occupying his ancestral home, saying that you know it is not your home.

In response, the Israeli man brazenly says yes, but if I don’t, someone else will take over the house, so it’s best to keep quiet.

It should be noted that for the past few years, the Israeli government, in violation of international law, has started the process of rapidly resettling the Jews by evicting the Palestinians who are the rightful owners of the land.