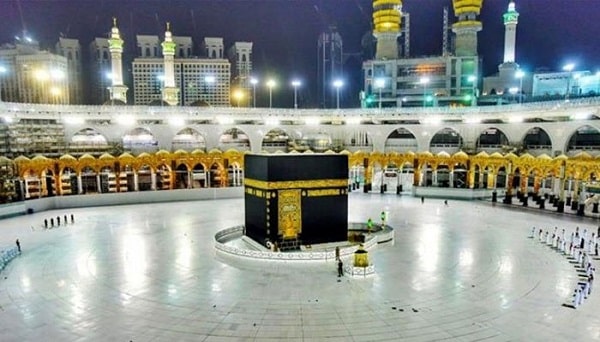 Jeddah: The Saudi Ministry of Hajj and Umrah has indicated that it will issue a special permit for Eid prayers at the Grand Mosque.

According to the Saudi Ministry of Hajj and Umrah, permits for Eid prayers at the Masjid al-Haram can be issued through the Atemarna and Tawakalna app

According to Saudi officials, permit holders will be able to offer Fajr and Eid prayers at the Grand Mosque on Thursday, and no one will be allowed to enter.

It should be noted that due to the global epidemic Corona, strict arrangements have been made by the Saudi government and it is likely that foreigners will not be allowed to perform Hajj and Umrah this year as well, only local citizens and foreigners residing there under strict conditions. You will be able to achieve the happiness of Hajj by doing it