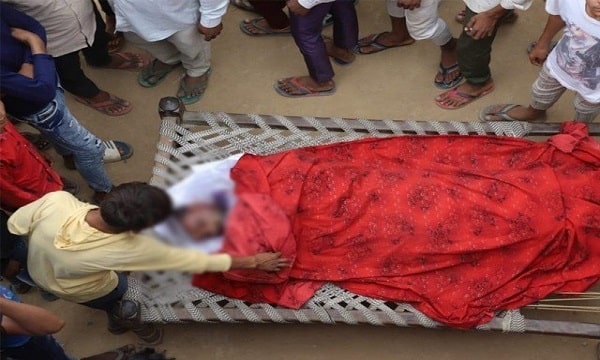 According to Kashmir Media Service, in the state of Haryana, Hindu extremists subjected 3 Muslim youths to the worst kind of torture and insisted on chanting slogans of J. Shri Ram.

Asif Khan is a gym trainer who was going to take medicine with his friends when on the way about 15 extremists stopped the car and threw stones at the car window.

The mob of extremists got into the car with Asif and his 2 friends Wasif and Rashid was also subjected to the worst kind of torture due to which Rashid is undergoing intensive care at the hospital.

According to Asif Khan’s relatives, Asif’s two friends managed to escape from the angry mob but the extremists killed Asif and dumped his body near the village. No arrests have been made since the incident.

It is to be noted that Hindu extremism and hate incidents against Muslims are on the rise in India. Even before this, Muslims have been tortured by angry mobs in which several people have been killed. Dispersions are lost.