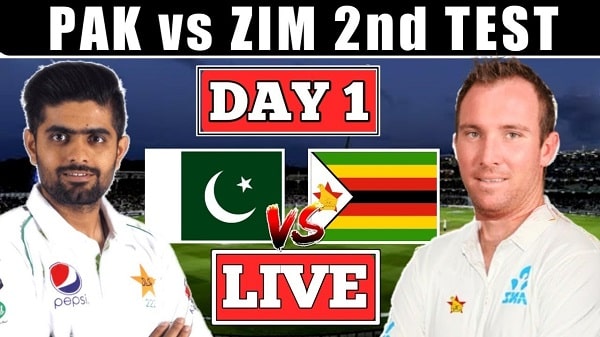 Pakistan won the toss and elected to bat first in the last Test of the two-match series against Zimbabwe. According to the details, the captain of the national team Babar Azam had won the toss and said that the wicket is dry, they will try to score big.

Watch the live match on BSports or PTV Sports Youtube Channel,  You can also watch the Live Match between Zimbabwe vs Pakistan on the GeoSuper Live or PTV Sports live in Pakistan, In India on Star Sports 1 and Star Sports 1HD, and in South Africa on SuperSport live.