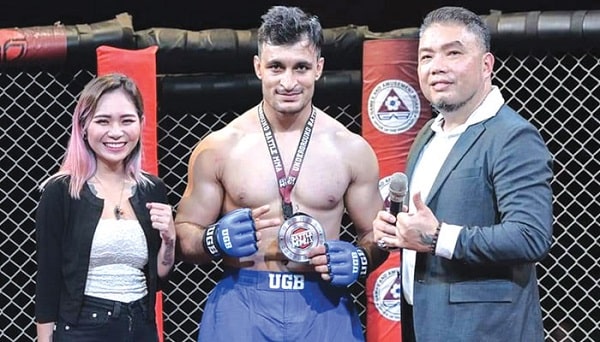 Pakistan’s talented players are shining the name of the country with their full expertise in the country and abroad despite the lack of patronage of government institutions and constant neglect.

One such promising player is Izzatullah Kakar, a Pakistani grandson from Qila Abdullah Tehsil Gulistan Kali Abdul Rahmanzai, a backward area of ​​Balochistan, who knocked out an English boxer in just two minutes in a dangerous sport like World Professional Kickboxing in the United States. While performing the feat, the Pakistani flag was also hoisted.

Despite the injustices and abuses, Izzatullah Kakar is hoping that perhaps the conscience of a government official will be awakened and the abuses of many other players like him will be remedied.

Although the current Prime Minister of Pakistan himself is a renowned sportsman, despite spending three and a half years of his rule, Imran Khan has not taken any steps for the development of sports and the betterment of the players which is being openly expressed by the sports community. ۔

Pakistani players are spending their time abroad in hotels, petrol pumps, superstores and even driving trucks and participating in international competitions.

Despite her excellent performance in the country, Izzatullah Kakar has taken up residence in Diyar out of frustration over the lack of encouragement and lack of awareness and cooperation of government agencies. He knocked out English opponent Chris Saro in just two minutes during the BKFC fight in Alabama.

Izzat Kakar is the first Pakistani to take part in Buffer Gloves and Gears Fight and win. Their next target is an Israeli fighter and they are eager to fight it. Ezzatullah has been training at the Fighter Sports Academy in Quetta under the supervision of his coach Haji Rehmatullah and considers his coach an important part of this success. 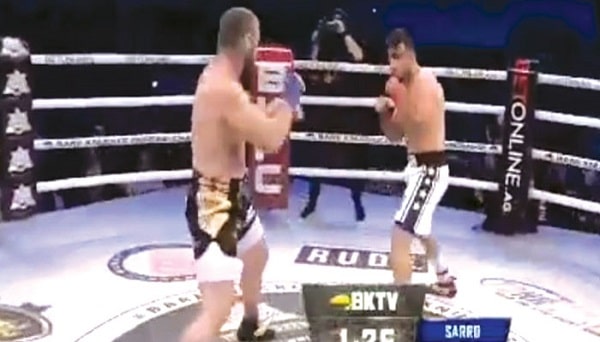 Coach Rehmatullah says that Izzat is my promising student. He has made Pakistan famous in the country and abroad. The government should encourage him so that the feeling of deprivation from Balochistan can end.

Samad Achakzai, who belongs to sports in Balochistan, said that the government should correct its qibla with regard to sports. If the country is to move on the path of development, then young athletes should be encouraged and given full facilities.

Quora News contacted Ezzatullah Kakar, a resident of Philadelphia, USA, to find out about his great success in a professional fight and his preparation for it. Have tried Izzat Kakar said that the most important thing is that I was a poor player of Balochistan who was not accepted in the country.

I decided to try my luck outside the country. He started his career in karate in 2005 and won medals in several national events. In the SAFE Games, sports officials were disqualified and dropped from the national team.

Due to lack of government attention, he decided to try his luck outside the country and went to Iran, Dubai, Russia where he performed well. Many countries of the world participated in the championship held in Iran and won a silver medal in which the Chief Minister of Balochistan Aslam Raisani gave prize money of Rs. 500,000.

In 2013, he tried hard to get a job in sports in Balochistan so that he could continue his game. He tried hard but could not succeed. Disappointed once again, he tried his luck outside Pakistan. First Russia, then Malaysia, Indonesia, and then Australia by sea, the most dangerous battle of life. Arrived in Australia but was arrested and spent eight or nine years in prison.

Even then, he focused on the game and somehow continued training. During my imprisonment, I somehow managed to get my voice heard by human rights organizations who reached out to me in prison and took my case to an Australian court. Upon release, he received an immigration visa to the United States and obtained citizenship there.

“I worked in Philadelphia and I’m driving a truck at the moment,” said Izzat Kakar. The tragedy is that the big players of Pakistan are working in different places including hotels in different countries.

In BKFC Fight in Alabama, all the focus was on my opponent to dominate and knock him out from the beginning and I succeeded in my attempt and knocked out Chris in two minutes and gave a gift to Pakistanis. With no sponsorship and no patronage, I received 1,400 dollars for this fight.

If I have big sponsors and supporters, I too can win several thousand dollars in competitions. I request the government of Pakistan to promote sports in the backward areas of Pakistan. I don’t want a sports stadium to be built in my area where I, my coaches and other young fellow athletes train and play their part in protecting them from drugs and bad addictions.