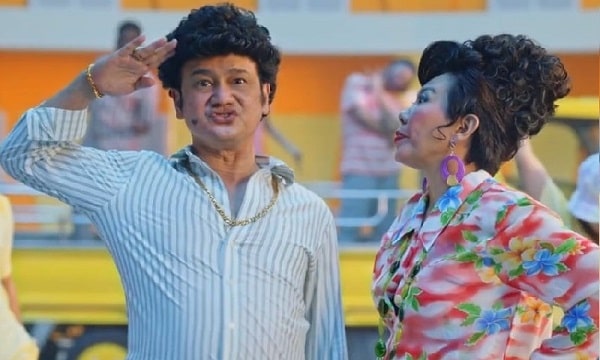 The local government of the Southeast Asian country of Singapore has released a unique song from a famous singer Pom pipi to encourage vaccination against corona.

Governments in other countries, including the Singaporean government, also released songs last year to persuade people to stay home when the coronavirus spread.

After the outbreak of the coronavirus, the governments of different countries released unique style advertisements, but also short documentaries, dramas, special videos, and songs.

The Singapore government also released a song last year about being safe from the coronavirus.

And now the Singapore government has released a unique song based on the cast of other actors and artists, including Indian Punjabi-born actor and singer Gurmeet Singh and actress Irina Ang.

Don’t play play! Singapore’s favourite contractor is back to rally Singaporeans to get their COVID-19 vaccines!
Visit https://t.co/FfrPW5sKb3 for more info. #IGotMyShotSG pic.twitter.com/fOXGHDJnko

The song ‘Pom PiPi’ sung by Gurmeet Singh has been released in Singaporean English accent while the music of the song has been kept disco and fast.

In ‘Pom PP’, Gurmeet Singh was seen instructing people to get vaccinated against corona, while actress Irina Ang was seen asking Garment Singh about the side effects of the corona vaccine.

The song tells people that people must be vaccinated as soon as possible to keep the country safe and that the vaccine does not have so many side effects, only a slight itching and mild pain or fever from the vaccine.

As soon as the song was released, the song became popular, but most of the people were upset over the lyrics of the song ‘Pom PP’, on which the people of Singapore clarified that the said phrase is a Singaporean English idiom.

According to people, ‘Study: Pom PiPi’ means a person who is determined to overcome his emotions and difficulties in difficult situations and continue to work positively.