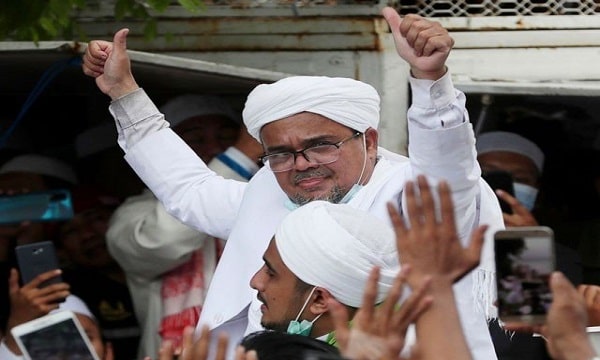 Jakarta: Raziq Shehab, a hardline religious leader, was sentenced to eight months in prison and fined Rs 20 million for violating the Corona SOPs in Indonesia.

According to the International News Agency, Razzaq Shehab, a local religious leader who arrived in Indonesia in November last year after ending his self-imposed exile from Saudi Arabia, was arrested for holding large gatherings in violation of the Corona SOPs.

When Razzaq Shehab arrived in Indonesia, thousands of his devotees brought him from the airport to his ancestral home in a procession. Later, Razzaq Shehab had organized a big gathering at his daughter’s wedding.

Despite repeated government warnings, Razzaq Shehab was arrested as he was returning home after attending a religious boarding school function. A national court has sentenced a religious leader to eight months in prison and fined him 20 million Indonesian rupees for violating the Corona SOPs.

Razzaq Shehab was charged with child abuse and mocking the country’s ideology, after which he fled to Saudi Arabia and spent three years in self-imposed exile.