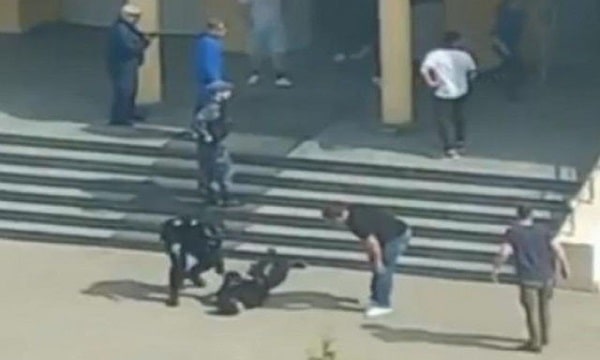 MOSCOW: An armed man entered a school in the Russian city of Kazan and opened fire indiscriminately, killing 12 people, including students and a teacher, and injuring 16 others.

According to the International News Agency, armed men entered a primary school in Kazan, Russia, by climbing over a wall and indiscriminately opened fire on children.

Gunmen opened fire, killing 12 people, including eight schoolchildren, two teachers and a guard. Twenty-one people were injured and taken to hospital, including 18 children and three teachers. 6 children were transferred to the intensive care unit.

A video that went viral on social media shows two children jumping from the second floor in fear of gunfire, while a video shows police arresting the accused lying on the ground. ۔

Police say they have arrested an attacker, who is said to be 19 years old. The accused is under investigation. The cause of the attack has not been determined yet. There are almost no school attacks in Russia.