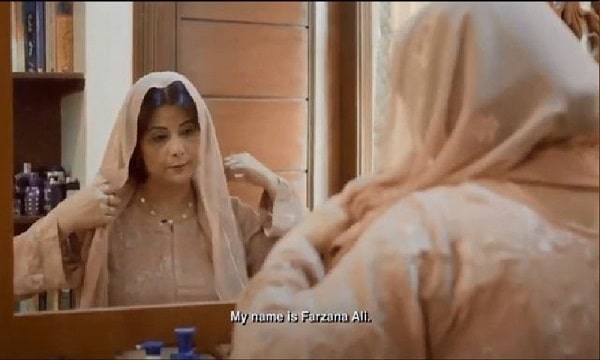 Oscar-winning filmmaker Sharmeen Obaid Chinoy has released a documentary on the harassment and plight of women journalists in the media industry.

The 10-minute documentary, produced by Sharmeen Obaid Chinoy (SOC) Films, features three female journalists from across the country who have been physically harassed, including online.

A documentary on women’s representation in Pakistani media, citing figures from the International Journalism Organization, said that one out of every two women in the country faces abuse in the workplace.

The documentary features three of the country’s most prominent female journalists, who describe how they face harassment and criticism.

The documentary also shows Farzana Ali, Khyber Pakhtunkhwa’s first female bureau chief to turn 22 years old in journalism, who described how she faced ridicule and criticism based on gender.

Farzana Ali said that when she was a reporter, she used to face more harassment. However, after becoming the bureau chief, the process was reduced but still, she was misunderstood.

Farzana Ali also became emotional while talking about her problems in the short documentary.

The documentary also tells the story of anchor and journalist Tanzeela Mazhar, who for the first time openly told how she was physically harassed by her boss on Pakistan Television (PTV).

According to Tanzeela Mazhar, her boss sexually harassed her in 2009 and after she remained silent for a few years, a formal complaint was lodged against her in 2016.

Tanzeela Mazhar said that the lone female member of the committee formed by the PTV management to investigate her case scoffed at her for not quitting when she was being harassed.

The journalist said that after the incident, where he faced notoriety, he also lost his job.

The documentary also tells the story of Farhat Javed, a BBC journalist with the British Broadcasting Corporation, who complained of online harassment.

Farhat Javed expressed surprise that when a male journalist reads the news, no one says anything to him, but when a woman is reading the news, she is ridiculed by American and British agents, including taunts of un-Islamic clothes.

Noting that he was the victim of online harassment, he said that not only he but also his father was abused while very inappropriate and obscene words were used against him.

The documentary was recently released on Facebook by Sharmeen Obaid Chinoy  Films but was initially released on YouTube in March this year.