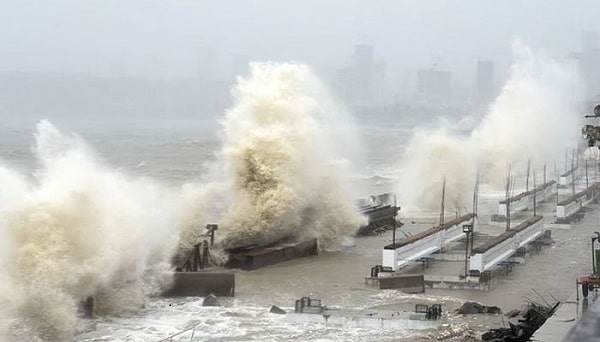 Strom Taute, which formed in the Arabian Sea, hit the Indian state of Gujarat.

Heavy rains and strong winds are blowing in Indian Gujarat due to the typhoon.

Due to heavy rains, streets in Indian Gujarat have become rivers, while due to the typhoon, waves are rising up to 10 feet on the coast of Indian Gujarat.

According to the Indian Meteorological Department, the wind speed on the coast of Gujarat is 133 km/h.

The meteorological department said that the cyclone could continue for another two hours from Gujarat.