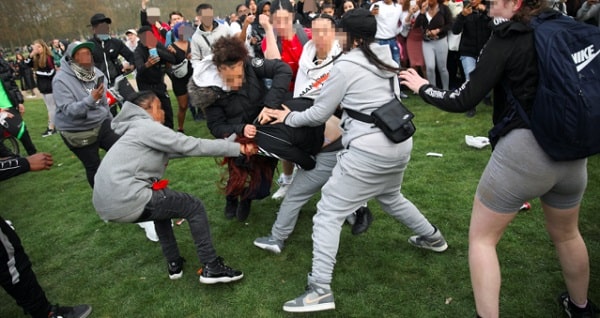 Stabbing Attack in Hyde Park London: In broad daylight in Hyde Park, London, a gang of youths attacked a man with knives.

According to reports, a knife attack on a citizen in Hyde Park, London, took place on Tuesday evening.

The youth gang publicly tortured the citizen while the attack caused chaos in the park.

A video of the incident of violence against civilians has also come to light.

On the other hand, the man who punched and knocked down an Asian woman was caught in Chinatown, New York, USA.

According to media reports, the accused has been arrested eight times last year.