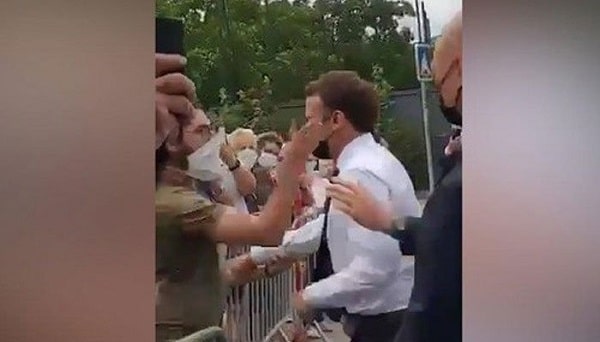 French President Emmanuel Macron has been publicly slapped by a man.

The French president was slapped by a man during a visit to the Drum region of southeastern France.

According to reports, Emmanuel Macron was meeting restaurant owners and students in the drum when a masked man grabbed the president’s hand and slapped him.

According to reports, two people have been arrested in the incident of slapping the French President.

Reports said that the accused also chanted slogans against Macron’s ideology and policies while slapping him.