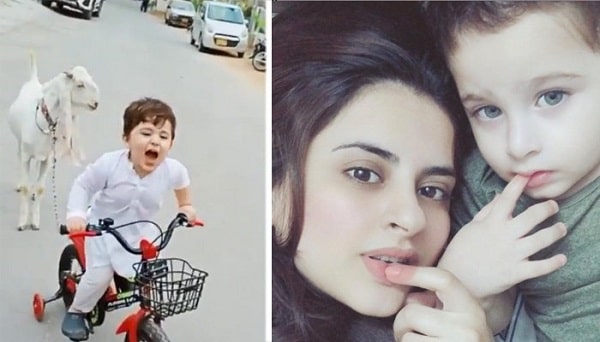 Fatima Affandi shared this video on her Instagram account in which it can be seen that a goat is tied behind the small bicycle of Mahbir and he is riding a bicycle slowly.

In addition to Mahabir and Bakra, the video also features the actress’ eldest son Al-Meer.

Quora News: A caption was also written by the actress on this video of Mahbir’s innocent artwork in which she wrote that we are ready for Bakra Eid.

The video is being liked by the fans while people are also expressing their good wishes for the children.

It should be noted that actor Kanwar Arsalan and Fatima Affandi were married in 2012 and now this beautiful couple has two sons.