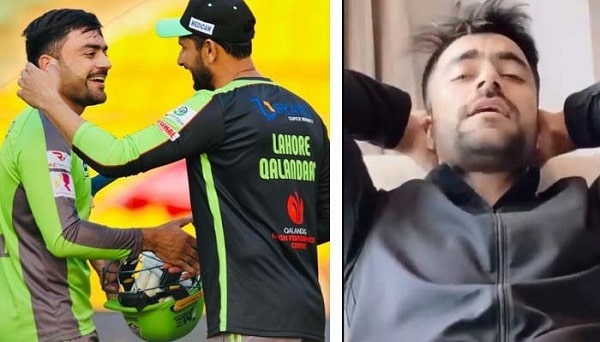 Rashid Khan, who represents Lahore Qalandars in the Pakistan Super League (PSL), sang a song for fans of the Pakistani drama serial ‘Mere Paas Tum Ho’, after which his video went viral on social media.

The video was shared by a user on Twitter, while fans were amazed to see the cricketer’s hidden talent and appreciated Rashid’s sarcastic voice.

It is to be noted that league spinner Rashid Khan from Afghanistan will be part of the remaining matches of PSL and will join Lahore in Abu Dhabi which has been confirmed by COO of Lahore Qalandars Samin Rana.