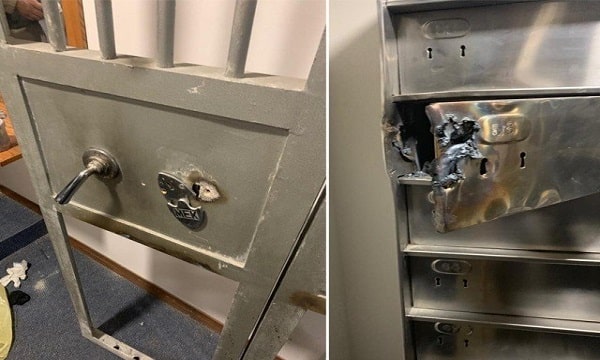 The investigation into the case of breaking the locker of a private bank in Clifton has revealed important revelations. Apart from Lady Doctor, lockers of 7 more people were also broken in the private bank.

Significant progress has been made in the investigation of a case of alleged bank lock-up in Clifton. The lockers of 8 people, including a lady doctor, have been broken in the private bank.

After registering a case of breaking the locker, when the police inspected the scene, 7 more lockers of the bank were also found broken, while the police had only received complaints from Dr. Anita.

Investigative sources said that the data of the other seven victims were being obtained so that they could be contacted to find out when those customers had not come to the bank and how much goods were in their lockers.

It may be recalled that gold jewelry worth crores of rupees has been cleared from the locker of a private bank on Zamzama Street while surprisingly the bank management also came out unaware of the incident. Police have registered a case against the bank management on the complaint of Lady Doctor.

In this regard, Dr. Anita Qazi says that I have a locker in a private bank located on Zamzama Street in Clifton area. The existing 250 gold ornaments were missing.