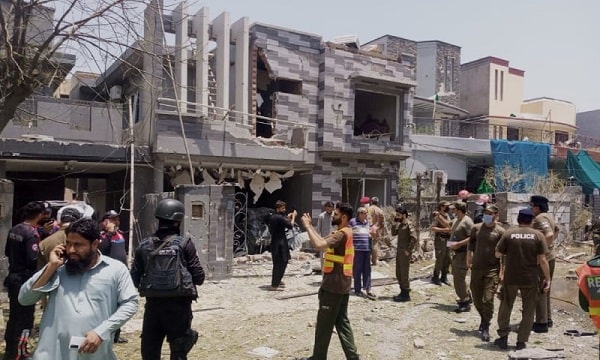 Quora News: Three people, including a policeman, were killed and 21 others injured in a bomb blast in the Johar Town area of ​​Lahore.

According to Dawn News, the blast took place near Allah Ho Chowk, shattering the windows of nearby houses and vehicles.

Lahore CCPO Ghulam Mehmood Dogar while talking to media confirmed that 3 people including a policeman were killed and 21 others were injured.

The condition of five more of the injured is critical, he said. 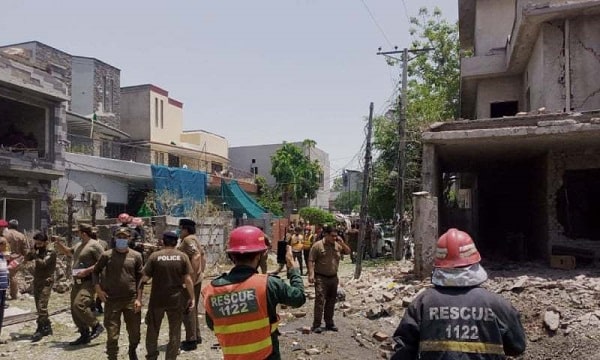 Preliminary report of the blast

The blast site was 3 feet deep and 8 feet wide and affected an area of ​​more than 100 square feet, it added.

The report said that due to the magnitude of the blast, windows of nearby buildings and vehicles were shattered and geo-fencing of the area was started and details of phone calls made at the time of the blast began to be collected.

Investigative sources said that the suspicious calls will be shortlisted and efforts are being made to trace the location of the occupants of the car or motorcycle.

He said that before planting the device, the area was rehabilitated and important revelations are expected once the geo-fencing process is completed.

CCTV footage has also surfaced before the blast in Johar Town, Lahore, in which the vehicle used in the blast can be seen.

In the footage, a black car is parked on the corner of Corolla Street, a man in a blue shalwar kameez gets out of the car, gets in the car again, and gets out again.

According to the CTD, the man got up and left half an hour before the blast. The car that fell several meters away from the blast belonged to a car.

He said that an explosive device was used on the vehicle for the blast and the device was installed in the car. As soon as the blast took place, the suspension of the car fell several meters away from the scene.

He said the car’s suspension was sent for forensic analysis.

Earlier, Deputy Commissioner (DC) Lahore Mudassir Riaz Malik, while talking to private TV channel ‘Sama’ on the spot, said that initially the motives of the blast did not come to light but it caused a rift.

“We will be able to determine the nature of the blast only after an investigation,” he said.

Police and other law enforcement agencies cordoned off the area after the blast, and the injured were taken to Jinnah Hospital.

Another eyewitness claimed that the device attached to the motorcycle was blown up.

Later talking to the media, IG Punjab Inam Ghani said that the blast took place near the house of Hafiz Saeed, the leader of banned Jamaat-ud-Dawa.

“Policemen were deployed at the security of Hafiz Saeed’s house and some personnel was seriously injured in the blast,” he said.

A Dawn correspondent at the scene said the blast also damaged the windows and walls of Hafiz Saeed’s home.

Authorities are assessing the damage caused by the blast, Ghani said.

He said that there was no remedy for the loss of life but assured the citizens that those responsible would be brought to justice.

“The Counter-Terrorism Department (CTD) has been assigned the task of investigating. The CTD will determine whether the blast was a suicide or whether a device was used in it,” he said.

The IG Punjab urged the citizens and media to avoid ‘rumors’ saying that the authorities receive hundreds of threat alerts every year, we still have 65 threat alerts, the target of the blast was police and law enforcement.

There were agencies and the latest threat alert was related to law enforcement agencies because they are trying to demoralize us.

“External elements are involved in most acts of terrorism, but I want to tell the enemies that every time we are harmed, our morale rises,” he said.

“Such attacks are often carried out by countries that want to harm Pakistan and its development,” he said. Yes, but I want to tell the enemies that every time we are harmed, our morale rises.

“Such attacks are often carried out by countries that want to harm Pakistan and its development, while our country is at peace because of our intelligence agencies,” he said.

Notice of the Chief Minister

Taking notice of the Johar Town blast, Punjab Chief Minister Usman Bazdar sought a report from the Inspector General of Police (IGP) and ordered an inquiry into the incident.

He directed the concerned authorities to provide the best medical facilities to the injured and to impose emergency in Jinnah and other hospitals.

Federal Interior Minister Sheikh Rashid Ahmed also took notice of the blast in Johar Town and demanded a report of the blast from the Chief Secretary and IG Punjab.

He said that the nature of the blast was being ascertained and federal agencies were assisting the Punjab government in the investigation.

PML-N President and Leader of the Opposition in the National Assembly Shahbaz Sharif termed the blast in Lahore as a ‘bad omen’.

Blast in the heart of Lahore is ominous. Deeply concerned that law & order situation is not being given the kind of attention it deserves. Important to probe it for possible leads & establishing context. My condolences to bereaved families & prayers for the injured.

In his tweet, he said: “I am deeply concerned that the law and order situation is not getting the attention it requires. Investigating the incident is necessary to reach potential leads.” I offer my condolences.