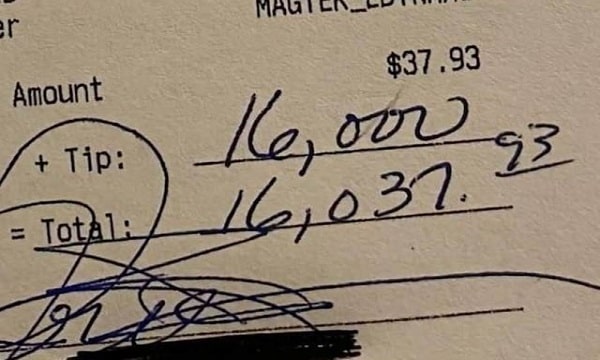 Quora News: A small town in the United States has set a new record for a 16,000 tip on a $ 37 dollars bill. Photo courtesy of UPI website

New Hampshire: In Concord, New Hampshire, USA, an unidentified man dropped a 16,000 tip for the entire restaurant staff when his actual meal bill was only 37.93!

The incident took place in a small town 30 miles from Concord, where an unidentified male customer came to Stable in Bar & Grill on June 12.

He ordered two hot dogs, ordered fries, and drank some cocktails. But on the way, he also tipped 16,000 Dollars, which is probably the biggest tip in the restaurant’s history.

“We don’t know the customer and he was a mysterious man,” Michelle McCuden, a bartender at the restaurant, told reporters. “I have been working in hotels for a long time but I have never seen such an incident. 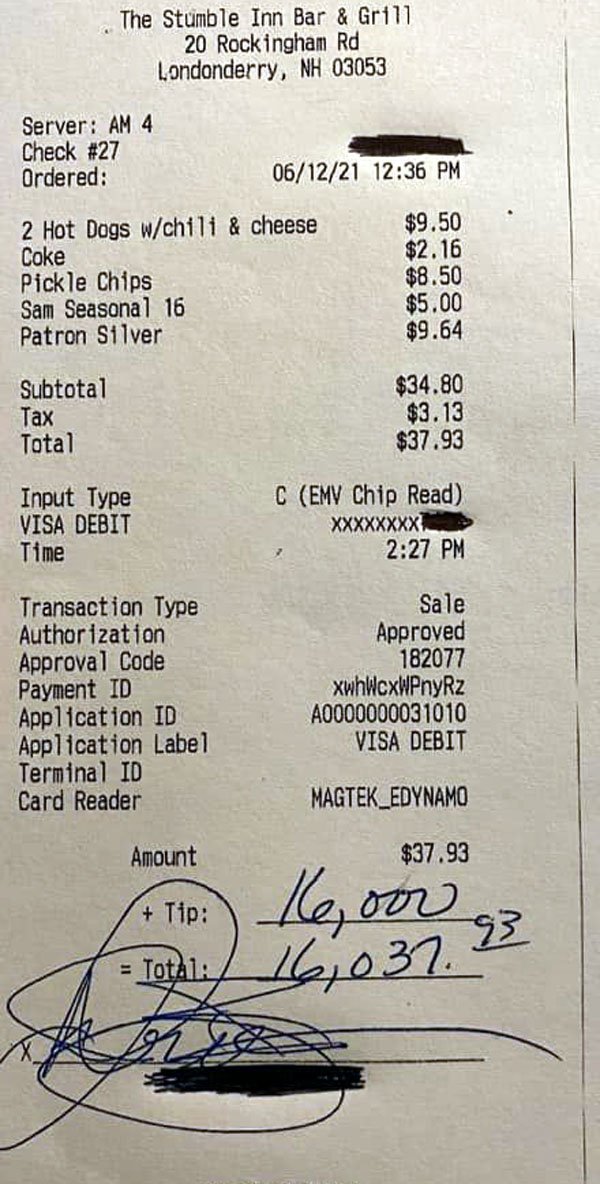 On the other hand, restaurant owner Mike Zarela said that at first, I thought I had misread the receipt, then I thought it could be a typo.

But later the customer told all the staff that this is not a joke and it is a gift from all of them. Before the restaurant closed that night, all the money was distributed equally among the employees. At that time there were 8 people serving food on the table but this amount was also given equally to the cooks inside the kitchen.

All employees are thrilled to receive this important gift, as more than 100,000 restaurants across the United States closed last year due to the epidemic. However, employees are happy with this generous tip that humanity is still alive.