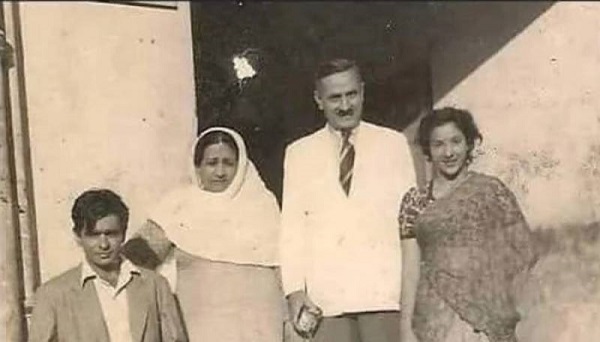 An old picture was shared on the Twitter account of the legendary actor of the subcontinent Dilip Kumar in which Nargis Dutt, the actress of the film ‘Mother India’ is seen with the young Dilip Kumar.

According to the details, Dilip Kumar is standing outside a door in this photo.

While the caption of the image states when and where the image was taken. According to Faisal Farooqi, the tweet was shared by Dilip Kumar’s family and Dilip Kumar’s fans were divided over the response to the photo.

Any idea of when and where was this photo clicked? -FF pic.twitter.com/xyzgcrDWXx

Some users made Nargis Madhubala, while one fan wrote that this is a set of Mughal emperors and wrote, Oh God, how beautiful and young Madhu Bala looks. However, there were many people who gave correct answers and paid. He also told the exact name of also.