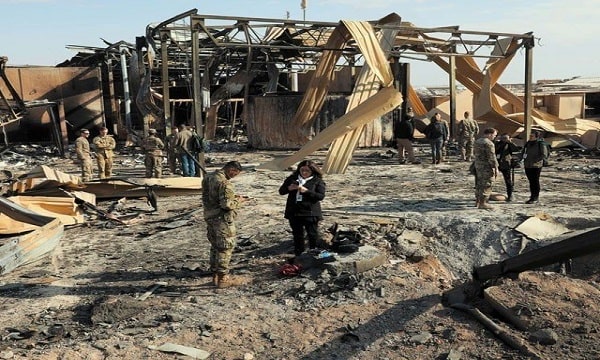 BAGHDAD (Reuters) – Two drones attempted to strike Iraqi military base Ain al-Assad, but the air defense system responded in time, destroying explosive drones and a rocket hitting the base.

According to the international news agency, the air defense system of Ain Al-Assad’s military base in the western province of Anbar in Iraq shot down two drones. A rocket also landed inside the base from an unknown location. The base is used by US troops and is still used by US troops.

Col. Wayne Merotto, a spokesman for the coalition’s military operation in Iraq, said in a tweet that the rocket landed near the Baghdad Center for Diplomatic Support, but that no damage had been reported. The attack, which took place between Saturday and Sunday night, is under investigation.

A rocket was also fired at the Ain al-Assad military base last week, but fortunately, there were no casualties or damage. In addition, the militants twice this month attempted to carry out drone strikes, which were thwarted.

It should be noted that in the first week of January last year, the Supreme Commander of Iran’s Al-Quds Force, Qasim Soleimani, was killed in a US attack on Baghdad Airport, and since then, attacks on US installations in Iraq have continued.