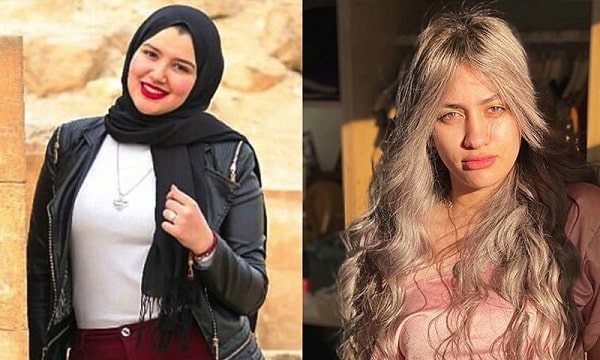 A court in the Middle Eastern country of Egypt has sentenced a total of five Tik Tokers, including two prominent female Tik Tokers, to life in prison in a criminal case on charges of spreading obscenity and human trafficking.

A Cairo court has sentenced three other women, including young Tik Tokers Haneen Hassam and Mowaza Al-Azam, to imprisonment and fines, according to the Egyptian website Al-Masri Al-Youm.

According to the Egyptian website ‘Egyptian Streets‘, all the Tik Tokers were initially jailed after being arrested in July last year and later spread pornography against them in the country, providing online sexual pleasure to girls. Legal action was initiated on charges such as trafficking and human trafficking.

During the trial in the case, TikTokers Haneen Hassam was released from jail earlier this year, while Moazza Al-Azam’s sentence was also commuted, but later Muwaza Al-Azam was remanded in custody.

It was thought at the time that all the Tik Tokers would be released after receiving a stern warning and a fine, but the court sent all Tik Tokers to jail in the final verdict.

Referring to the incident, Ahram Online said in its report that although the Tik Tokers have been sentenced to imprisonment and fines, they have the right to appeal.

The report said that after the court verdict, all the Tik Tokers were sent to jail for 6 and 10 years and they were also ordered to pay fines but all the accused can appeal against the court verdict.

Tik Tokers did not immediately say how long it would take to appeal the decision, but it is likely to do so soon.

The arrested Tik Tokers were also accused of inciting beautiful Egyptian girls over the age of 18 to create videos for Tick Talk’s rival ‘Like Videos’ in their videos.

Apart from Egypt, applications like TikTok and Laiki are also criticized in other Middle Eastern countries, including Pakistan and India.

Such applications are accused of luring young people into pornography and promoting nudity by making inappropriate videos on those apps.