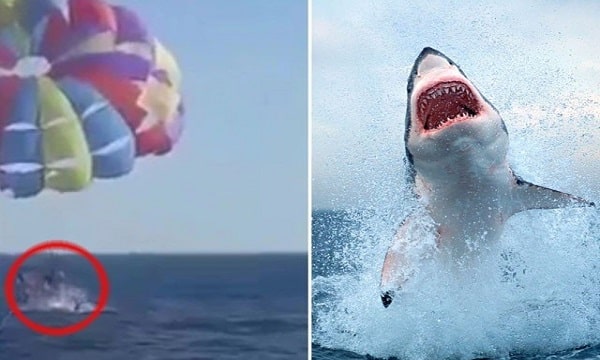 Quora News Oman: While parasailing from the skies in Jordan, the foot of a man who landed on sea level was caught by a shark in his jaw.

According to Gulf News, a 37-year-old parasite in Jordan was caught by a shark in its jaws in the Red Sea, but the people there and the parachutist brought the shark to its mouth and punched it, forcing it to flee.

The para-shooter was taken to a nearby hospital where his condition is said to be out of danger, but the shark chewed one foot below the knee. The leg bone was broken and the flesh was missing.

The incidence of shark attacks in the Red Sea is extremely low, but sporadic incidents have frightened tourists. Patrols in the area have been stepped up by the city administration and navy officials.

Marine conservation experts say sharks rarely reach the shore for food and do not attack anyone unless they are disturbed. Humans should avoid interfering with marine life