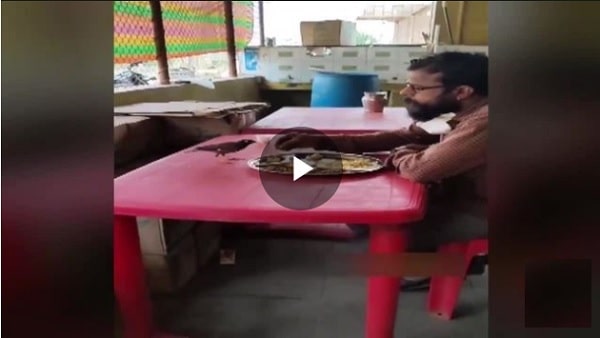 A video of a man and a bird-eating from the same plate is going viral on social media.

This video has received 268,000 likes so far. This video was shared by a user on the social media platform Instagram.

According to Indian media, in the video, the person who was enjoying the food from the same plate with the bird is apparently the father of this user. He was eating when a bird flew from somewhere and started biting the grain from his plate.

Instead of being annoyed or angry, the person seen in the video placed more food in front of the bird and the two continued to enjoy the same plate.