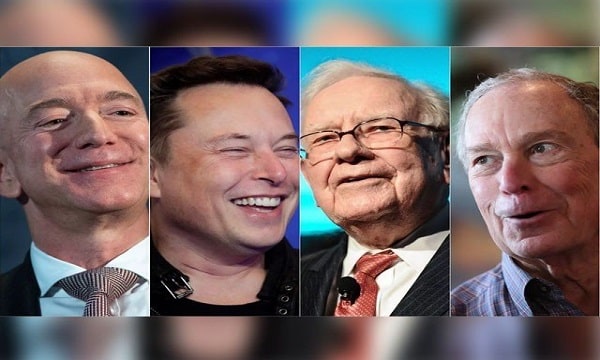 Washington: Amazon owner Jeff Bezos, Tesla owner Elon Musk and Warren Buffett are known worldwide, but a recent report shows that not only the United States but also the world’s richest people These living figures have also been allegedly involved in tax evasion.

This was revealed in a report published in the American news website Pro Publica, an investigative journalism website. According to the report, many of the richest Americans in the world are allegedly involved in tax evasion.

To prepare this report, journalists obtained data from the Internal Revenue Service (IRS) for the past 15 years. The total wealth of the 25 billionaires on Forbes’ list of billionaires increased by 401 billion between 2014 and 2018.

According to IRS data, in 5 years, these 25 billionaires paid only 13.6 billion in federal income tax. In that sense, the tax rate is only 3.4%.

The report states that tax payments by the 25 richest people in the United States have decreased by an average of 15.8%. “We were surprised that you paid zero taxes even though you were a billionaire,” said Jesse Eisinger, a senior reporter and editor at ProPublica.

According to the BBC, the report comes at a time when the debate over the amount of taxes paid by the rich and widespread inequality has intensified.

A White House spokesman called the leak “illegal” and ordered the FBI and tax authorities to investigate further.