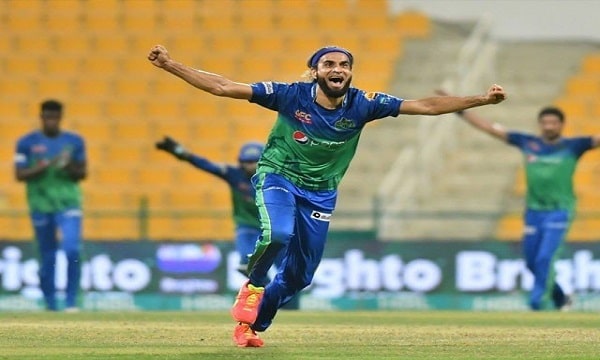 In the final of the sixth edition of Pakistan Super League played at Sheikh Zayed Stadium in Abu Dhabi, Multan Sultans scored 206 runs for the loss of 4 wickets in the stipulated 20 overs thanks to the aggressive innings of Sohaib Maqsood and Riley Rousseau. The team managed only 159 runs for the loss of 9 wickets.

In pursuit of the target, Kamran Akmal and Hazratullah Zazai from Peshawar Zalmi gave the team a good start but unfortunately both the players returned to the pavilion for 42 runs. Kamran Akmal (36) and Zazai (6) were dismissed while Jonathan Wells (6) was also run out.

After losing 3 wickets for 58 runs, Shoaib Malik and Roman Powell played aggressively and brought Peshawar Zalmi back in the match. However, Powell was dismissed after scoring 23 off 14 balls while Malik also scored 48 off 28 balls.

Earlier, Peshawar Zalmi captain Wahab Riaz won the toss and invited Multan Sultans to bat first. Mohammad Rizwan and Shaun Masood gave the team a confident start and the first wicket fell at 68 when Shaun Masood was dismissed for 37 runs.

The #HBLPSL6 will crown a champion tonight. As we wait for the final game to commence, let us take a look at this year’s #HBLPSL journey.

It should be noted that the winning team of PSL will get Rs 7.5 crore and the losing team will get Rs 30 million while the best bowler, fielder and wicketkeeper will be given checks of Rs 8.8 lakh and 32 for Spirit of Cricket Award. One lakh rupees have been set aside.