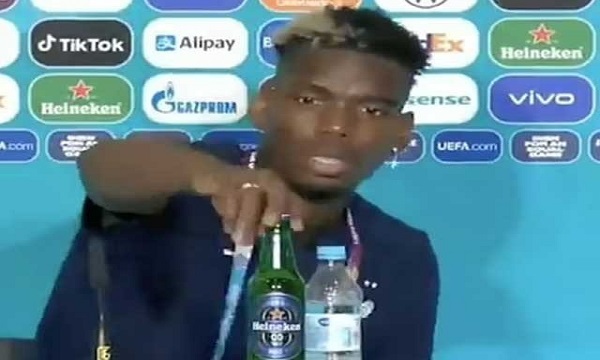 Quora News, Munich: French Muslim footballer Paul Pogba removed a bottle of beer placed in front of him during a press conference.

World-renowned Muslim footballer Paul Pogba took the step the day after Ronaldo removed a bottle of soft drink during a media briefing.

As soon as he appeared in front of the media after being declared the best player of the match against Germany, he first removed the bottle of beer from the front.