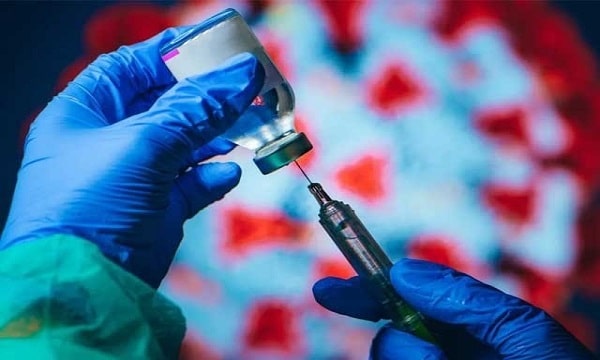 ISLAMABAD: Pakistan has introduced its first corona vaccine with the Name PakVAC.

The launch of the first anti-corona vaccine PAKVAC in Pakistan took place in Islamabad with the participation of the Federal Minister for Development and Planning Asad Umar, Special Assistant for Health Dr Faisal Sultan, Chinese Ambassador and Head of NIH.

The Ministry of Health said that Cyano Week was the first vaccine in which Pakistan participated in the third level trial. Pakistan has so far prepared more than 120,000 doses of PAKVAC. The vaccine plant at NIH is 3 million per month. Capable of making vaccines.

We are proud of the vaccine team

Addressing the PAKVAC Launching Ceremony, NCOC Chief Asad Umar said that today is an important day, nations develop where knowledge grows and this knowledge is used for the betterment of the people, today The nation is proud of the team that developed the vaccine.

The Federal Minister said that a big revolution has taken place before our eyes in a few months. Education and health are the main priorities of the government. At present, the first demand in the world is the Corona vaccine. The demand for Chinese vaccine is highest in Pakistan.

Thank God the situation in Pakistan was much better

Corona was a challenge for the world including Pakistan, thank God the situation in Pakistan was much better, NCOC played an important role in the emergency, some immediate improvement in the condition of hospitals in Corona, in the third wave compared to the first wave of Corona The number of patients in hospitals was high.

Asad Omar said that the NCOC had set up its own database, the NCOC in collaboration with the provinces had complete details, the situation of hospitals was reviewed daily, there was no space in the beds in the third wave. Complaints would not have been received, in the third wave, 60% of the patients were on oxygen.

In every difficulty there are opportunities

Addressing the function, Special Assistant for Health Dr. Faisal Sultan said that there are opportunities in every difficulty. In the case of Corona, our friend China seemed close. China is already a friend but came forward on this occasion as well. I need to be proud of the vaccine makers, the next two will be vaccinated in Pakistan.

China will further cooperate with Pakistan to eradicate Corona

On the occasion, the Chinese Ambassador said that the vaccine has been developed with the cooperation of China and Pakistan, another example of friendship between the two countries, Pakistan is the first country whose government and army received the first gift of Chinese vaccine. , More Chinese vaccines will come to Pakistan, want more cooperation between the two countries, China will cooperate more with Pakistan to eradicate corona.

On the other hand, the head of NIH Major General Amir Ikram said that Pakistan is bringing vaccines in the name of PAKVAC, 120,000 vaccines have been prepared in NIH, Pakistan participated in the trial of Ken Sinobio. Technology transfer agreement with China.