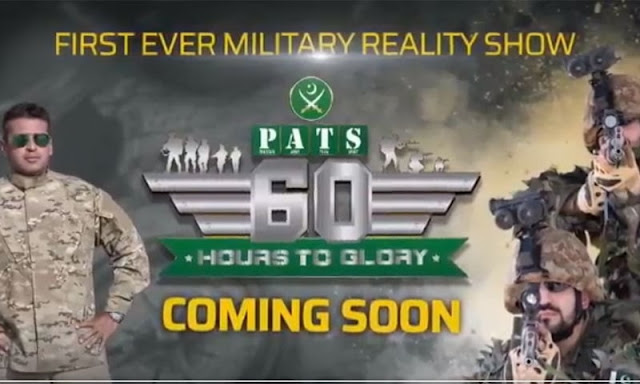 In Pakistan, although music and comedy reality shows named 60 Hours To Glory have been appearing on television, soon the audience will be able to watch the country’s first military reality show on a small screen.

Host, actor, and singer Fakhr Alam shared highlights of the country’s first military reality show in his tweet, telling fans that fans will soon be able to watch the show on TV screens.

One of the toughest & exhausting filming projects of my career. It has been an honor to witness first hand the rigors of a soldier in a hostile, nerve wrecking, body shattering environment. Beyond the adventure & challenges awaits glory. Don’t forget to watch @humnewspakistan PTV pic.twitter.com/vJV7v4JbQn

Sharing highlights of the reality show, Fakhr Alam also termed the shooting of the show as the most difficult task of his life and said that he saw the courage of real heroes up close during the filming.

Super excited to see this. I am told this is the toughest competition in the world & to have a reality show made out of it is amazing. @OfficialDGISPR thank you for making this happen. Good luck @falamb3 #PakistanZindabad pic.twitter.com/PahvJFrJZK

There was already news regarding the said show that soon Fakhr Alam is going to do a unique show with the help of Pakistan Army and now its highlights have also come to light.

In the past, Fakhr Alam has been vaguely tweeting about the show, and in April he shared a photo of an important meeting with military officials and others about the show, saying that soon the filming of the important project began. Will go

There are reports that the first military reality show was shot in Dubai besides Pakistan and the show will show the competition between different teams.

The reality show is likely to feature various actors, cricketers and celebrities in action, including real military personnel, but it is too early to say which actors will be competing against each other in the reality show.

This should be great fun we worked with PAK ARMY before we know how tuff it is… looking forward to watch it on tv all the best @falamb3 brother….👍👍👍 Pakistan zindabad 🇵🇰 https://t.co/WROZu4SYKP