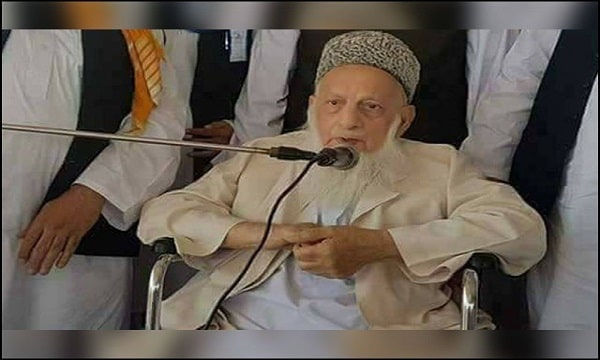 Maulana Dr. Abdul Razzaq Iskander, who has been teaching Hadith for 46 years, spent 71 years of his life teaching religion. He also studied at the University of Madinah and Al-Azhar University in Egypt. And received his doctorate in 1976.

Maulana Dr. Abdul Razzaq Iskander is the President of Jamiat-ul-Uloom-ul-Islamia, Allama Banuri Town, Karachi and Shaykh-ul-Hadeeth. Obedience to congregational prayers, recitation of the Holy Qur’an, remembrance of God, mercy, reformation, love, and compassion, and awareness of the weak were his special attributes.

Dr. Abdul Razzaq Iskander was born in 1935 in a religious family in the village of Kokal in the Abbottabad district. Educated in the Holy Quran and studied secular arts in the village till matriculation. After that he studied for 2 years in Darul Uloom Chaudhry Sharif Madrasa of Haripur and for 2 years in Ahmed Madrasa Sikandarpur In 1952, the Grand Mufti of Pakistan, Mufti Muhammad Shafi (may Allah have mercy on him) studied at the Madrasa Darul Uloom Nanak Wara in Karachi from the fourth grade to the sixth grade.

He enrolled in the Madrasa of Allama Syed Muhammad Yusuf Banuri (may Allah have mercy on him) for the seventh grade and the course of Hadith. After that, he enrolled in the Islamic University of Madinah in 1962 and studied theology for four years. He entered Al-Azhar University in Egypt in 1972, and completed his doctorate in four years, in which he wrote a dissertation entitled ‘Abdullah ibn Mas’ud, the Imam of Iraqi jurisprudence.

During his studies at Darul Uloom Nanak Wara, he taught in Arabic at various training sessions in Karachi in collaboration with the Libyan and Egyptian governments due to his great talent and ability. In addition, before the completion of the Nizami course in Banuri Town, Hazrat Banuri (may Allah have mercy on him) tested his abilities and appointed him as the teacher of his madrassa.

In 1977, in recognition of his administrative abilities, he was appointed Director of Education. After the martyrdom of Maulana Dr. Habibullah Mukhtar Shaheed in 1997, he was elected as the Rector of the University and after the martyrdom of Mufti Nizamuddin Shamzai in 2004, he became the successor of Shaykh-ul-Hadith.

In 1981, he was elected a member of the Shura Council for the Preservation of the End of Prophethood and the Pursuit of the Tribulation of Qadianism. After the demise of Hazrat Syed Nafees Al-Husseini Shah (2008), he was made the Deputy Amir of Central. After the demise of Hazrat Maulana Abdul Majeed Ludhianvi, he was elected the Emir of the World Council for the Protection of End of Prophethood. In addition, he translated many Urdu publications of the Majlis into Arabic and disseminated them in Arab countries.

Dr. Abdul Razzaq Iskander was made a member of the working committee of the Federation of Madrassas in 1997. In 2001, he became the Vice President, during which time he represented the President of the Federation, Shaykh-ul-Hadeeth Hazrat Maulana Saleemullah Khan, many times due to his illness and weakness, and remained the Acting President for about nine months after his death. On October 05, 2017, you were unanimously elected Permanent President. He was also the head of the Federal Curriculum Committee and Examination Committee.