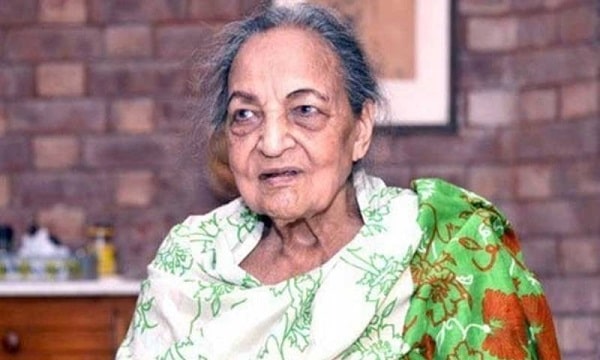 Khursheed Shahid, mother of senior Pakistan Television (PTV) actress and actor Salman Shahid, has died in Lahore at the age of 95.

Actress Khurshid Shahid was ill for a long time and today (June 27) at the age of 95 she met Khaliq Haqiqi.

His funeral prayers were offered in Defense Phase II while burial will be held in the Cemetery in Phase Seven.

He started his artistic career as a singer, was a disciple of Roshan Ara Begum, and received accolades in major music festivals.

Later, Khurshid Shahid showed the essence of voice acting on radio and acting on television.

Khurshid Shahid had also acted in a few films including ‘Spark’ and ‘Bhola Saajan’.

In recognition of his technical services, the Government of Pakistan awarded him the Presidential Medal of Excellence in 1995.