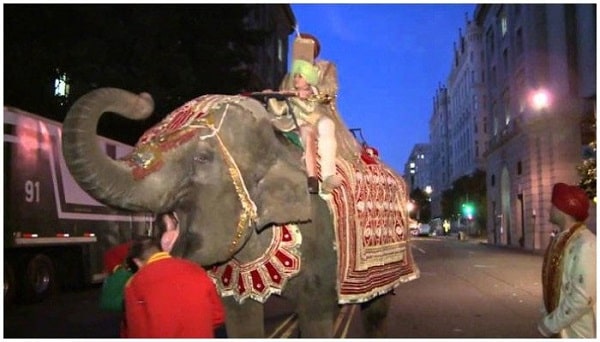 In the video shared in the media report, it can be seen that the bridegroom Anand Tripathi arrived at the wedding ceremony with a procession of elephants on horses.

The sound of loud firecrackers on the arrival of Barat infuriated the elephant, after which the groom had not even got down from the horse-drawn carriage when the elephant caused a stir in the ceremony.

The elephant started tearing down the venue set up for the wedding ceremony. The elephant was so enraged that it overturned four vehicles parked at the venue.

The video shows the elephant overturning and people, including the groom, running away.