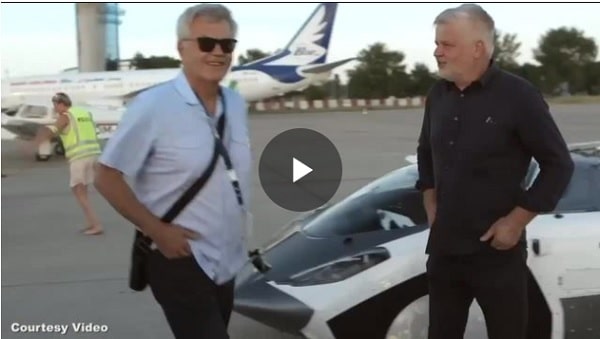 A report by the British Broadcasting Corporation (BBC) has shared a video of the prototype air car test developed by the creator Stephen Klein.

The video shows the aircar flying in the sky and turning into an airplane a few moments later.

According to the report, the car was powered by a BMW engine and ordinary petrol available at petrol pumps.

Stephen Klein, the creator of the aircar, says that the car can fly thousands of kilometers and 40 hours at an altitude of 8200 feet, while it takes 2 minutes and 15 seconds for the car to turn into an airplane.

According to the report, the aircar has not been introduced commercially at present.