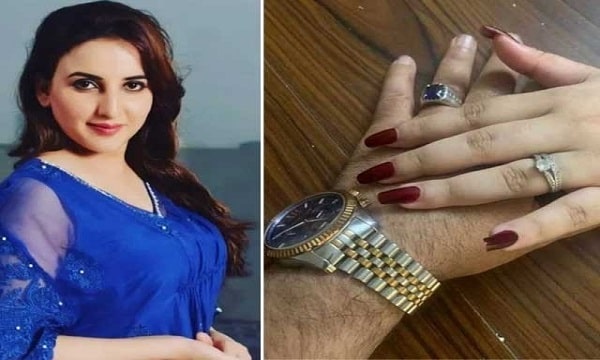 The reality of Hareem Shah’s engagement photo that went viral on social media has come to light.

A few days ago, Hareem Shah shared a photo on Instagram showing the hand of a man and a woman. The man was wearing a watch and a ring with a blue jewel in it. After this post of Hareem Shah, the news went viral on social media that tick talk star Hareem Shah has got engaged.

Hareem Shah later said in an interview to a private channel that he was married to a member of the Sindh Assembly. However, she declined to give her husband’s name or details. After this statement of Hareem Shah, there was turmoil in the politics of Sindh and everyone was busy guessing who is the groom of Hareem Shah. 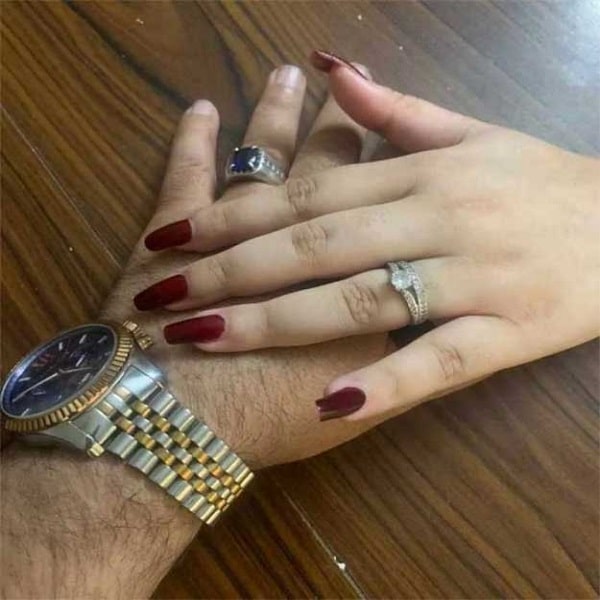 Statements of various politicians including Saeed Ghani and Murtaza Wahab also came to light in this regard in which they denied any connection with Hareem Shah.

And now, according to a private channel, with reference to the shared picture of Hareem Shah, a person Hassan Iqbal has claimed that this picture belongs to him and the hand of the woman in it is not of Hareem Shah but of his friend. However, he did not know where the picture came from. 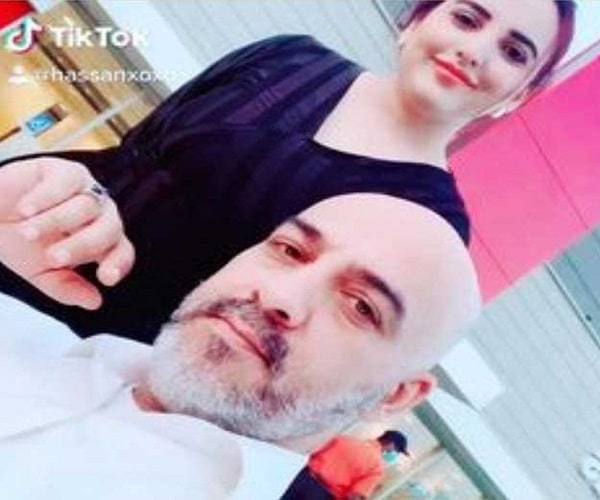 Hassan Iqbal is a Pakistani-American businessman. He further added that the watch and ring shown in this photo are mines while the woman’s hand belongs to my American friend.

On the other hand, Hareem Shah has deleted this photo from his Instagram account. However, no statement has been issued so far regarding the controversial image.