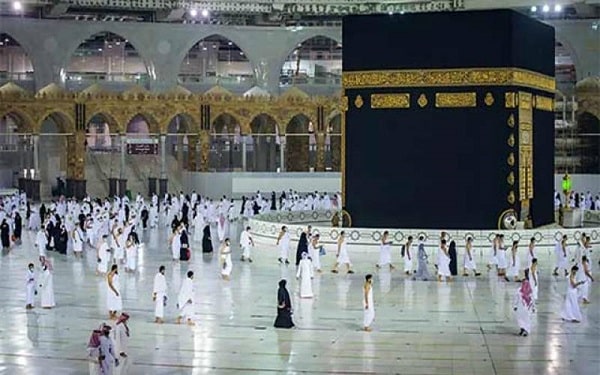 The Saudi Ministry of Hajj and Umrah has decided to limit the payment of Hajj duty to domestic pilgrims this year.

According to the details, the Saudi Ministry of Hajj and Umrah has made important decisions regarding Hajj 2021, under which foreigners residing in Saudi Arabia and Saudi citizens will be able to perform Hajj this year. People under 18 and over 60 will not be allowed.

According to the Hajj policy, only 60,000 people have been directed to perform Hajj due to Corona restrictions. All pilgrims will have to be vaccinated to protect them from the global epidemic.

Reacting to the decisions of the Saudi Ministry of Hajj and Umrah, Allama Tahir Ashrafi, Special Assistant to the Prime Minister, said that in view of the Corona epidemic, they support the decision of the Saudi government.

It may be recalled that the Saudi Minister of Hajj and Umrah had a telephone conversation with the Minister of Religious Affairs Pir Noor-ul-Haq Qadri yesterday, in which issues related to the operation and preparations for Hajj 2021 were discussed. After the contact, the Federal Minister had issued a video statement stating that the number of pilgrims and SOPs are yet to be decided.

The Saudi embassy had said how many pilgrims will participate, what will be the Hajj policy, a decision has to be made, no official decision has been made regarding Hajj, only various proposals are being considered. However, a decision has now been made.