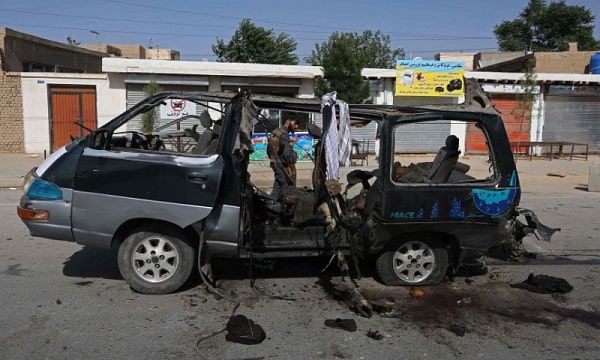 The Afghan capital, Kabul, was attacked by minibusses, and two bomb blasts killed eight people and injured nine others.

Police said the attack took place in Kabul, the latest in a series of attacks on minibusses, according to AFP.

Earlier this week, two buses were targeted, and it is feared that tensions will escalate in the coming months as US troops withdraw.

Police spokesman Firdous Faramarz said the first blast occurred in the southwestern part of Kabul, where the majority of freedom fighters belong to the Hazara community, which is often the target of terrorist attacks.

He said that 4 people were killed and 4 others were injured in the blast.

A few hours later, another bus a few kilometers away hit the area, which is close to the Hazara community, the spokesman said.

No group has claimed responsibility for the attack.

Earlier this week, an ISIS-linked terrorist group claimed responsibility for attacks on buses in Kabul, where 10 people were killed.

Clashes between the army and the Taliban have escalated in various Afghan provinces, and attacks continue in Kabul.

According to the report, the escalation of tensions came after the announcement of the withdrawal of US troops, under which the remaining 2,500 troops will withdraw.

US President Joe Biden had announced that the withdrawal of troops would take place on September 11, 20 years before the 9/11 attacks.

Experts fear that the civil war in Afghanistan will continue and terrorism will increase.

The UN Security Council warned in a report that ISIL poses a threat to Afghanistan and the region as a whole, with 2,000 fighters in Afghanistan.