“If you have to go somewhere far away from a famous picnic spot, you feel hesitant to go alone.”

That is to say, Amber Zulfiqar, a tourist from Karachi, Pakistan, who is a travel v-logger and often goes for walks somewhere.

On one such trip, she was killed when she went hiking around Katura Lake in the Comrat Valley of northern Pakistan.

“My ankle fractured from slipping while hiking. There were no basic medical facilities around. It was with great difficulty that my friends brought me back down the hill. ‘

“I had to stumble and fall with a hairline fracture in my ankle.”

Especially in winter when it is snowing heavily in the northern areas and due to road closures and extreme cold, tourists want to go elsewhere, they have difficulty in choosing suitable places for tourism.

Amber says that if you want to go for a walk in winter, you should go to the central plains of Pakistan and the south of the country, where so far tourism is not as much as in the northern regions.

Amber said that there is no shortage of tourist destinations in Pakistan due to the winter season.

Whether it’s the shrines of saints in the ancient city of Multan in southern Punjab, or the splendor of the Nawabs of Bahawalpur, or camping with friends in the Cholistan Desert, all these places are perfect for winter walks.

The famous Jeep Rally is also held in the Cholistan Desert in mid-February. But tourists complain that they are no longer allowed to camp in Cholistan. If you go to Sindh, the ancient civilization of Mohenjo-daro, Mukli Cemetery, Rani Kot Fort and the Thar Desert are suitable places for tourism.

If you also want to plan a short tour of one to two days, there are many places you can go in the morning and return home in the evening. No long-distance travel, no food.

Due to the distance of 50 km to 150 km from Islamabad, there are many tourist destinations that are possible in a day trip. We won’t talk much about Murree because most of you may or may not have seen another hill station, all of them have gone to Murree.

About 50 km from Rawalpindi city via GT Road, Khanpur Dam can be reached in the morning and returned home in the evening.

Such places include Chakwal District and Son Valley Lakes. Almost all of you have seen Klar Kahar Lake but there are many other lakes in the area about which people have little information. These include Khabiki Lake, Achhali Lake and Jhalar Lake, but the road to reach them is not so smooth.

Lakes like Mushkpuri and Miran Janiand Miran Jani, a short distance from Nathia Gali in Galyat, are also gaining popularity among tourists in recent years. Especially since the opening of hotels and the provision of other tourist facilities, tourists have started turning to these lakes.

The trend of snow hiking in Nathia Gali is also increasing. At the height of winter, when the Galyat Valley is covered in a white blanket of snow, thousands of tourists from the south to the north of the country flock to see these sights.

Similarly, Kotli Satyan, a short distance from Rawalpindi, also has beautiful tourist spots where you can have a picnic.

As soon as you leave Karachi in the south of Pakistan, the boundaries of Balochistan begin from the city of Hub.

From here, at a distance of about 50 km, the first tourist destination is Kund Malir. Drive further along the National Coastal Highway to see the beaches of Urmara, Pasni and Gwadar. Such clean batches of Pakistan will hardly be found anywhere else in the world.

But foreigners, let alone foreigners, do not take the risk of traveling here after dusk. Ejaz Sohail, who organizes leisure tours for tourists, said that when a delegation of foreign tourists planned a trip to Balochistan last year, there was no civilian population for several hundred kilometers. Hotels etc. That’s why tourists get nervous while traveling like this.

Traveling alone to most places in the northern part of Pakistan, except the Hunza Valley, is not so safe, especially for women. 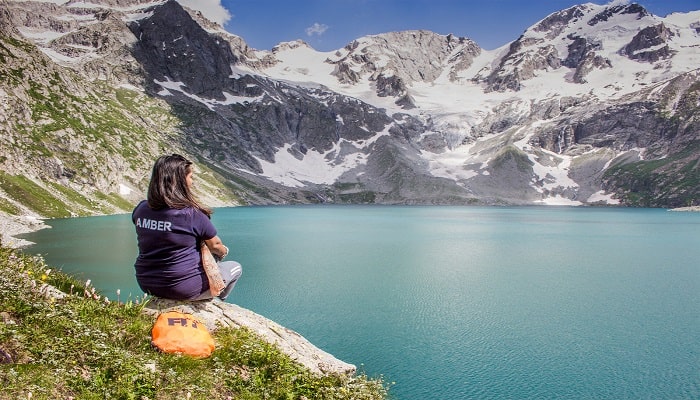 “You can only travel by bus if you have a man with you, not alone,” says Amber.

Whenever Amber plans a trip to a place, she first contacts the locals and tries to build a trusting relationship with them. She then arrives at the tourist spot and prefers to stay at home with a family, which she believes is a guarantee of her safety.

In his view, the government should develop tourist destinations according to the seasons and provide adequate facilities there.

16 Best Tourism Places in Pakistan, Must Visit Once in Life 2021