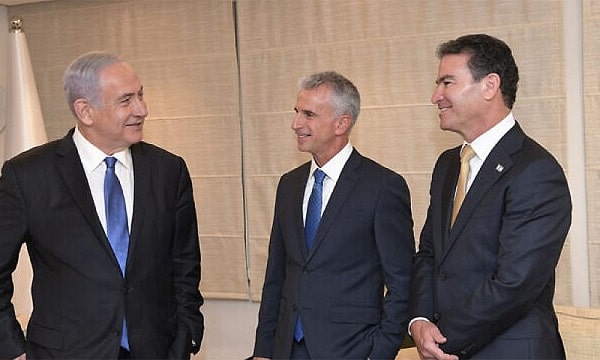 David Barnia, who specializes in recruiting agents against Iran and Hezbollah, has been sworn in as the new head of Mossad.

According to the news agency Reuters, David Barnia previously held the position of deputy director of Mossad and now he has taken the place of former head Joseph Cohen.

Joseph Cohen served as head of the secret service for five years, and was replaced by Barnia, the prime minister of Israel.

The time of Joseph Cohen can be described as a very successful period for Israel, because in those five years, Israel gained access to Arab states and rapidly established relations, which led to the recognition of the Zionist state by many countries. ۔

As for Barnia, he attended the Tel Aviv Military Boarding School and joined the Israeli army in 1983.

After graduating from the military, he lived in the United States from 1989 to 1992 to complete his education, after which he earned an MBA in finance.

After completing his degree, the new head of Mossad joined an investment company and then joined a private company as a business manager and specialist.

He joined Mossad in 1996 as a ‘case officer’, and from 2013 to 2019 he was the head of the Zomat division, which is responsible for recruiting and assigning bricks.

For six years before Mossad took over the second most important position, Zomat commanders had been tasked with assigning agents to work against key Mossad targets, including Iran and Hamas.

Iran has blamed Mossad for killing its nuclear scientist and military commander, and believes it is involved in sabotaging a uranium enrichment facility, but Israel has accused Iran of pursuing such a program. Aims to build a nuclear weapon.

Israeli Prime Minister Netanyahu says the appointment will allow Mossad and the Israeli state to continue their journey to success, ensuring Israel’s security while preventing Iran from developing nuclear weapons and bombs.

Netanyahu says he chose David Barnia’s name in December last year but kept it secret because he had legal concerns about whether to appoint an interim government as Mossad director. Will be allowed or not.

Recently, however, Attorney General Oviedo Mendelssohn told the Prime Minister that there was no impediment to his appointment.

The new head of Mossad is determined to eliminate Iran’s nuclear weapons and Hamas, and has announced it.

Speaking after the swearing-in ceremony on Tuesday, Barnia said, “We are facing serious security challenges and Iran is at the forefront.”

He said that in its clear and unequivocal words, Iran is currently working on a nuclear program in the shadow of global security, Iran is moving towards a plan to develop weapons of mass destruction.

He promised that Mossad’s weapons would continue to work with full force against Iran’s nuclear program.

Earlier, Israeli Prime Minister Benjamin Netanyahu also hinted at a possible confrontation with the United States over the threat posed by Iran to the Israeli state.

Netanyahu had said that if Israel was challenged to choose between “severing ties with the United States and eliminating the threat posed by Iran,” it would face its great friend.