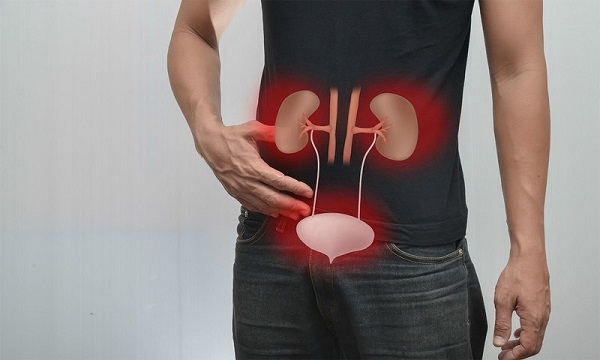 Quora News: The kidneys are like an anonymous hero in our body that removes waste and excess material while it also controls salt, potassium and acid levels, which keeps blood pressure normal, increases the amount of vitamin D in the body. And the red blood cells are at a balanced level. But kidney disease can be very painful and even fatal.

The symptoms of kidney damage are quite obvious, but by the time people pay attention to them, there is a lot of damage.

Many times the kidneys are almost extinct but the symptoms do not appear, so the best way to avoid this is to control blood sugar and blood pressure.

However, knowing the silent symptoms of kidney disease can also be life-saving and you should consult a doctor as soon as you come across them.

If the kidneys are working properly, they clear the blood of waste while maintaining a proper balance of nutrients and minerals, but when this balance is disturbed, it also affects the personality and the skin, which is the blood. I have a negative reaction to the garbage that accumulates in me, which can cause red marks and itching.

Changing the taste in the mouth

Impaired renal function leads to the accumulation of toxic substances in the bloodstream which has an effect on the taste in the mouth and the food becomes bitter, bitter or abnormal, the pleasure of eating meat is lost, as well as the breath. I can also smell.

If a large amount of waste accumulates in the body, nausea or vomiting often occurs. In fact, this is the result of the body’s attempt to get rid of the accumulated material, nausea and loss of appetite. Yes, if this happens for a while then the weight loss is very fast.

Because the kidneys are necessary for urination, when they have a disease, most people want to urinate but do not come, while some people go to the washroom more often than usual. Yes, this problem forces many people to wake up at night.

Also read: Know the symptoms of a dangerous kidney infection

More or less urination can cause the urine to change, such as blood in it, its color may be abnormally dark or light, and it may be foamy.

Swelling of the face, legs, feet or ankles

The function of the kidneys is to expel wastes from the body in the form of fluid or urine. If the functions of the kidneys slow down or do not work, this fluid begins to accumulate in the body, resulting in permanent swelling in some parts of the body such as the legs. It seems.

Kidney functions also include regulating an individual’s hemoglobin levels. When this process is affected, there is a lack of blood, which results in low physical energy and you feel very tired or drowsy all the time. Are

If the kidneys are damaged, the amount of potassium in the body begins to increase, which is manifested in the form of an abnormally fast heartbeat.

This is a very common symptom, due to the accumulation of toxins in the body as a result of kidney failure, which makes the heart not want to eat anything.

One of the first symptoms of kidney failure is swelling around the eyes, which indicates that a large amount of protein is being excreted from the kidneys through the urine. If this happens, the body will get adequate rest and protein and still the process of swelling around the eyes continues, then a doctor should be consulted.

When the kidneys fail to function properly, the toxins are not excreted from the body through the urine and remain in the blood, increasing the level of these substances, making it difficult to sleep and causing insomnia. Is. Similarly, kidney patients may develop difficulty breathing during sleep and if a person suddenly starts snoring, he should consult a doctor.