Quora News: Amir Khan has Divorced his wife and announced the end of his marriage to his wife, filmmaker Kiran Rao

Is it true that Bollywood superstar Aamir Khan and his wife filmmaker Kiran Rao have announced the end of their marriage? Indian media is claiming that the two have issued a joint statement announcing their separation from each other.

According to the details, the joint statement of Bollywood actor Aamir Khan and Kiran Rao in the Indian media said that in these 15 years of marriage, we had many different experiences of life together and had a lot of happy moments together.

Our relationship grew on the basis of trust, respect and love. The statement said that now we are going to start a new chapter in our lives as husband and wife, but as the parents of a son (Azad Rao Khan). But we are a family, we have been thinking about this separation for a long time but now it has happened. 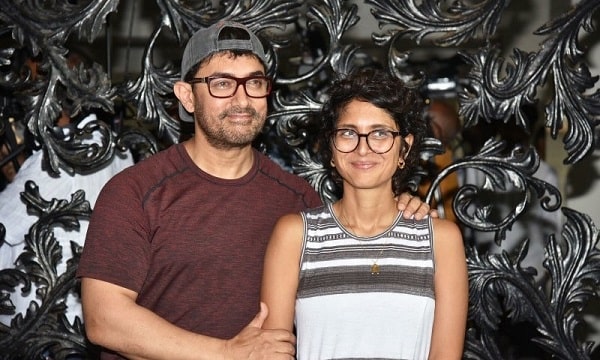 At the end of the message it was stated that this divorce is not the end of life but the beginning of our new journey. It may also be recalled that Aamir Khan had his second marriage to Nekran Rao on December 28, 2005.

The two met during the shooting of the blockbuster Indian film Lagaan where Kiran Rao was an assistant director while Aamir Khan was playing the role of a hero. Were Aamir Khan’s first wife was Reena Dutta, with whom he has two children, Junaid Khan and Ira Khan. Aamir Khan divorced Reena Dutta in 2002, 16 years after his marriage. 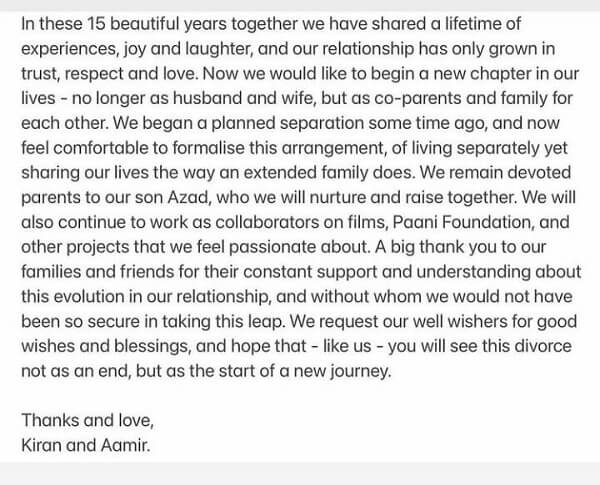 Why did Aamir Khan Divorce Her Wife Kiran Rao? A close friend told me everything

Aamir Khan and his wife Kiran Rao’s 15-year friendship has ended and today the two have announced their separation while Mr. Perfectionist and a son of Kiran Rao is also free.

Amin said that when they talked to end their differences, my eyes got wet and I begged them not to separate but today I got to hear the news. 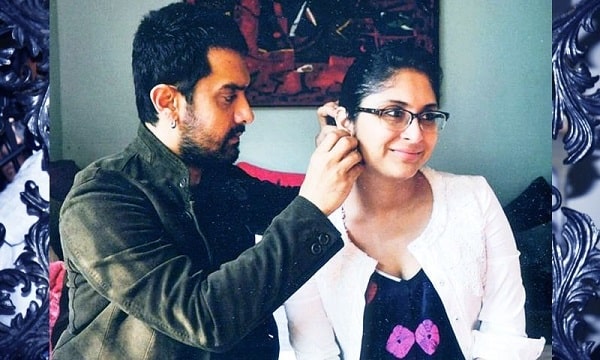 He said that everyone is eager to know the reason for the separation between Aamir and Karan but even at the time of the announcement of separation, both of them are busy shooting for the film ‘Lal Singh Chadha’ in Ladakh while the producer of this film is Kiran.

“Breaking up is a personal matter and I think Aamir may not be able to spend time at home because of work, which is why it happened,” Amin Haji added.

He said that many reasons are being given for Aamir’s separation and it is being said that someone else has come in his life, I deny it because if it had happened then I would have known.

Remember that Amin Haji and Aamir Khan have been friends for more than two decades and have also acted in many films. 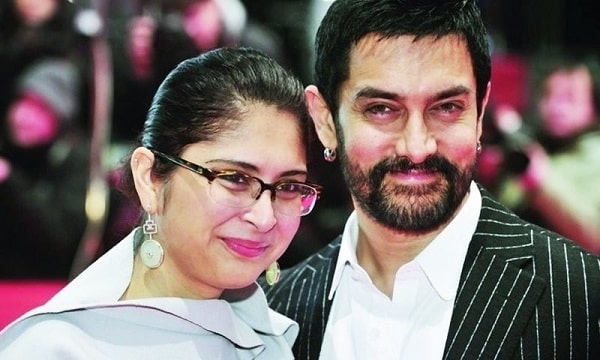 The two had done several film projects together and had a good relationship even before marriage.

Before the divorce was confirmed by the two, there were no reports of any differences or objections between them, but the two have been viewed in a romantic way.

According to Asian News International (ANI), a joint statement issued by Aamir Khan and Karan Rao confirmed the end of the marriage. 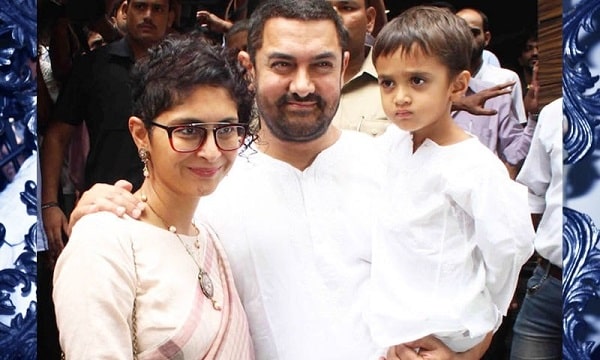 According to the report, the two did not give a reason for the divorce but confirmed that a divorce had taken place between them and the two would raise their only son Azad Khan together.

The two confirmed the divorce in a brief statement issued to the media on July 3, the IANS news agency reported.

The report said that the two may have a long discussion with the media on the issue of divorce on July 4 or issue an explanatory statement.

The Indian Express reported that in a brief statement issued to the media by the two, confirming the divorce, they called their 20-year-old partner a beautiful relationship and said that the two would no longer live together as husband and wife. They will live together as joint parents raising a son.

The statement said that the two respected each other for 20 years and their relationship lasted for 15 years as husband and wife but now a new relationship and relationship will begin.

The couple did not give a reason for the divorce; file photo: Instagram

The statement thanked the fans and appealed to them to take care of their personal lives and avoid speculation.

Before Karan Rao, Aamir Khan had married actress Reena Dutta in 1986 at the beginning of his career, but his first marriage ended in divorce in 2002, 16 years later.

Aamir Khan has two children from his first marriage, daughter Ara Khan and son Junaid Khan who will soon be seen in films.

It was only after Aamir Khan’s first marriage ended that his relationship with Karan Rao was established, after which the two got married in 2005.

Karan Rao produced several films of her husband Aamir Khan and the two had a very good relationship and there were never any reports of differences or strained relations between them.