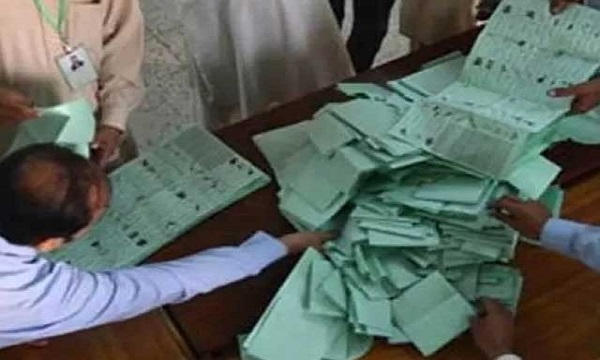 Muzaffarabad: The polling process for the general elections in Azad Kashmir has come to an end after which the counting of votes and receiving the results is continuing.

According to Quora News, polling for the 45 seats of the Azad Kashmir Legislative Assembly started at 8 am and continued uninterrupted till 5 pm. A large number of male and female voters came to cast their votes, people with disabilities also cast their votes.

The total number of voters in 45 constituencies of Azad Jammu and Kashmir is 3.228 million. For which 6,114 polling stations have been set up in Azad Kashmir and Pakistan.

Strict security arrangements were made in Azad Kashmir on the occasion of polling, 40,000 police personnel are performing election duty while army has been deployed at sensitive polling stations. In order to make the electoral process in Azad Kashmir transparent, 250 officers, including the presiding officers, were given powers equal to those of a magistrate.

Unconfirmed and unofficial results continue to be received after counting in various constituencies.

According to the preliminary results of LA-18 Poonch 1 to 44 polling stations, PTI candidate Sardar Abdul Qayyum Niazi is leading with 5,792 votes. Chaudhry Yasin Gulshan of PML-N is second with 4,001 votes and Amjad Yousuf of PPP is third with 3,295 votes.

Clashes also broke out between political activists during polling in different parts of Azad Kashmir and Pakistan. Two people were killed in firing in Kotli, besides Muzaffarabad, Hatian Bala and Bagh in Gujranwala, Karachi and Peshawar. It was hot.

RTS will not sit this time

Talking to media during the review of election process in Mirpur Azad Kashmir, Chief Election Commissioner Abdul Rashid Suhlaria said that he is satisfied with all the arrangements of the election, this time RTS will not sit, no one is subordinate to anyone, all the law. It is the job of the administration to maintain law and order.

Abdul Rashid Suhlaria said that there have been several violations of the Electoral Code of Conduct, political parties and candidates have also lodged several complaints, these violations are being dealt with in accordance with the law, unfortunate incidents during elections always happen, but Kotli The incident is tragic, action will be taken against those involved.