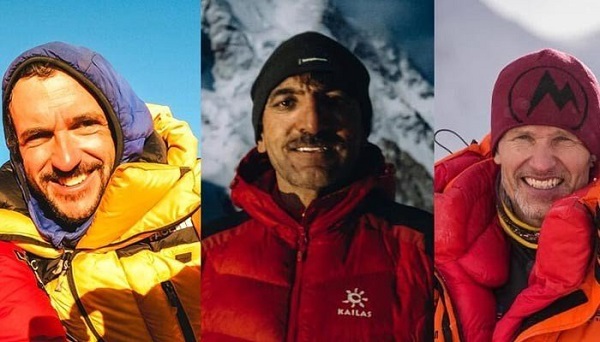 Sajid Sadpara, son of the late Pakistani mountaineer Ali Sadpara, and his team have identified a body on a K2 bottleneck, while Gilgit-Baltistan Information Minister Fatehullah Khan has claimed that three climbers, including Ali Sadpara, were killed. The bodies have been found.

According to base camp sources, the search for the bodies of the missing climbers on K2 in February this year has resumed.

Ali Sadpara’s son Sajid Sadpara and a foreign mountaineer are involved in the search operation.

Base camp sources said that Sajid Sadpara and the team reached near Camp 4 today where the team saw a body near Bottleneck by drone.

According to base camp sources, the body could not be identified.

On the other hand, Gilgit-Baltistan Information Minister Fatehullah Khan while talking to Geo News claimed that the bodies of three climbers including Ali Sadpara have been found. Sajid Sadpara and his climber traced the bodies.

He said the first body was identified at 9 a.m. and that of John Asnori, who was dressed in yellow and black, while the other bodies were also identified at 12 p.m.

The Information Minister said that the bodies of three climbers were found at Bottle Neck Base Camp.

He said that the bodies would be delivered by evening and helicopters were on standby.

It may be recalled that Pakistani mountaineer Ali Sadpara and two foreign climbers went missing in February this year during the adventure of the world’s second-highest peak K2.

The body of Pakistani mountaineer Ali Sadpara was found, his son confirmed

On the other hand, Sajid Sadpara, while confirming the discovery of his father’s body, said that the body of his late father was seen in a ditch 300 meters below the bottle nick, the body of his father’s other colleague John Pablo was also visible Considering the evacuation plan, we will try to rescue the body by tonight or morning, I appeal to the nation to pray for the success of the mission.

Earlier this year, Mohammad Ali Sadpara along with his two foreign mountaineering companions John Asnori and young Pablo Moher set out on a mission to climb K2 in cold weather. However, the rescue operation was launched after the communication was cut off. But no trace of them was found.