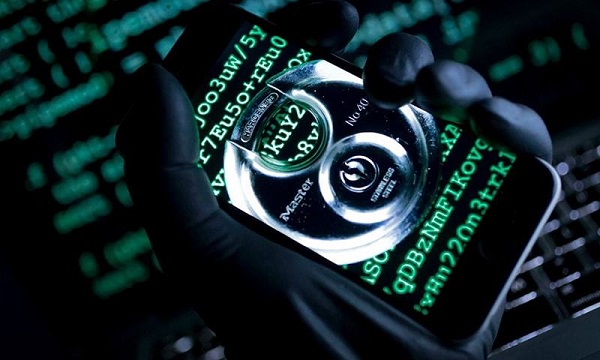 Governments around the world are facing sensational allegations of spying on the phones of workers, journalists, corporate executives and politicians through software developed by Israel.

After all, how does this Pegasus spyware work? How does it get into people’s phones and what can it do after it gets there?

According to the AFP news agency, researchers believe that the initial version of the hacking software was diagnosed in 2016 and they send them text messages to force them to click on the message to trap their targets.

In order to download this spyware, the recipient has to click on the link in the spy messages, but at the same time, the chances of its successful installation are lessened as now the phone users have to click on the suspicious links. Have become very careful.

The latest version of Pegasus has been developed by the Israeli firm NSO Group, which generally seeks to take advantage of vulnerabilities in software installed on mobile phones.

In 2019, messaging service WhatsApp filed a lawsuit against NSO alleging that it installed secret software in the phones of 1,400 users using the operating system.

Simply calling the target via WhatsApp allows Pegasus to be downloaded to the person’s phone, even if they do not receive the call, the software is installed.

According to recent reports, Pegasus has taken advantage of vulnerabilities in Apple’s iMessage software, which could potentially give it access to the one billion Apple iPhones currently in use, all from the user. You will be able to do it easily without clicking any button.

What does malware do after it is installed?

Alan Woodward, a professor of cybersecurity at the University of Surrey in the UK, says Pegasus is perhaps the most talented software that works remotely.

“Imagine being able to put your art into someone else’s hands, using it to read the target’s messages and e-mails, view photos, track calls, and locate them,” he said. Can be used for detection and even filming with their own camera.

Woodward said that the developers of Pegasus have found the best places to hide in various software and now it is very difficult to know whether it contains malware or not.

That’s why it’s not yet clear how many people’s devices have been tapped, although new international media reports say the identification of more than 50,000 phone numbers is of interest to NSO clients. Remains.

However, Amnesty International’s security lab, one of the organizations investigating Pegasus, said it had found evidence of successful attacks on the Apple iPhone so far this month.

How did NSO develop such powerful spyware?

Billions of dollars worth of tech companies, such as Apple and Google, invest heavily each year to ensure that there is no threat from hackers who could destroy their software and systems.

Even if hackers point out any flaws or shortcomings before an attack, they are rewarded with high rewards.

Woodward said Apple, which prides itself on the security of its software, has made significant efforts to identify vulnerabilities.

But such complex software will inevitably have one or two flaws.

Analysts also believe that the NSO may be keeping a close eye on the Dark Web, where hackers often sell information about these security flaws.

Woodward added that it is also worth noting that not everyone has the latest model phone with the latest software, some of the weaknesses that Google has overcome Android and Apple. They may still be present in the old phone.

Is it possible to remove spyware?

If it is stored in memory, rebooting the phone can be erased in principle, so business, political or other important people who are at risk of being targeted are advised to do so. Have them turn on and off their devices regularly.