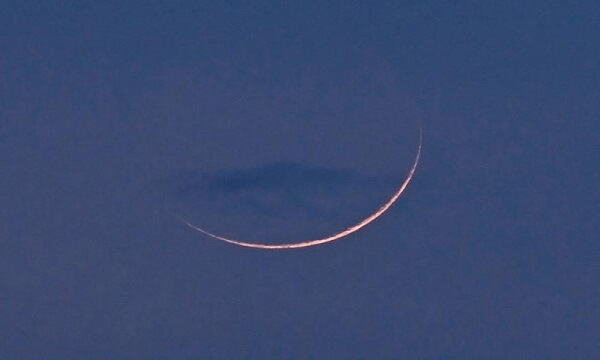 The Central Route Hilal Committee has announced that the moon of Dhi Al-Hajj will not be visible and Eid-ul-Adha will be celebrated across the country on July 21, 2021.

A meeting of the Central Route Hilal Committee was held in Karachi under the chairmanship of Maulana Syed Abdul Khabir Azad to see the splendor of Dhi Al-Hajj.

Read more: Shawwal moon has appeared, Eid-ul-Fitr will be celebrated in Pakistan tomorrow

In addition, meetings of zonal committees were held in different parts of the country to see the splendor.

He said that after the disappearance of the moon, it was unanimously decided that the first Dhul-Hijjah would be on Monday and Eid-ul-Adha would be celebrated across the country on July 21.

It is to be noted that the Meteorological Department had earlier hinted that the chances of sighting of Dhi Al-Hajj moon across the country are very slim.

The meteorological department had said that the chances of seeing the moon in the capital Islamabad are very low and the moon will be visible for 7:57 minutes and the age of the moon is 13 hours 34 minutes.

Earlier in the day, Saudi Arabia had also announced that the moon would not be visible and the Hajj would take place on July 19.

According to Saudi Arabia’s state news agency SPA, the Saudi Supreme Court had said in a statement that the moon of Dhi Al-Hijjah did not appear anywhere in the kingdom on 29 Dhul-Qa’dah 1442 AH and Saturday will be the 30th of Dhul-Qa’dah.

The Supreme Court said that the first Dhul-Hijjah would be celebrated on Sunday, July 11, while Waqf Arafa would be observed on July 9, Dhul-Hijjah July 19 and Eid-ul-Adha on July 20.

It may be recalled that unlike the moon of Dhi Al-Hajj, the Central Route Hilal Committee had announced the month of Shawwal for Eid-ul-Fitr after a delay of several hours.

The zonal committees were soon over, but the Central Route Hilal Committee meeting had a lengthy discussion on the evidence received from across the country, which could not be announced until 11 pm.

Chairman Central Route Hilal Committee Maulana Abdul Khabir Azad had officially announced the sighting of the moon in a press conference at 11:30 pm.