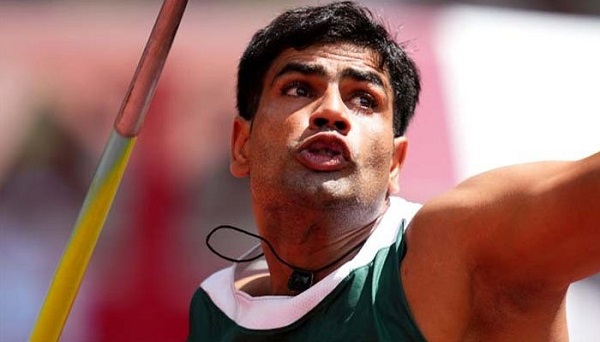 Arshad Nadeem, the first Pakistani athlete to reach the finals of the Olympic Athletics Championships, is trending on Twitter with #ArshadNadeem after his stellar performance.

Arshad Nadeem is also lauded by celebrities, including fans, for his outstanding performance in Julian Tharoor’s competitions.

Pakistani singer Ali Zafar shared a post of appreciation for Arshad Nadeem and paid tribute to the player.

Pakistan’s Arshad Nadeem created history as the Javelin Thrower hurled a massive 85.16m throw and makes it to the Men’s Javelin Throw finals of the Tokyo Olympics.

Congratulations, Arshad Nadeem you have made us all proud👏#ArshadNadeem pic.twitter.com/jo2SOQC50n

The government of Pakistan also praised Arshad Nadeem’s performance from its verified Twitter account and congratulated him, saying that Arshad Nadeem made history by throwing 85.16m as Julien Tharoor and made it to the Tokyo Olympics Julian Throw Final. ۔

A Twitter user named Waheed expressed his happiness and shared a video of Arshad Nadeem’s game.

Impressive throw by #ArshadNadeem 85.16M. His personal best is 86.29M, but great that he has qualified for next round. 👏👏🇵🇰 pic.twitter.com/XLsCQndReJ

Twitter user Sohaib Hassan praised him saying that his best throw was 85.16M, 86.29M is Arshad’s personal best throw but it is good that he qualified for the next round.

It may be recalled that in the event, Arshad Nadeem had thrown 78.5 in the first round but the second time he threw 85.16 and qualified directly for the final.