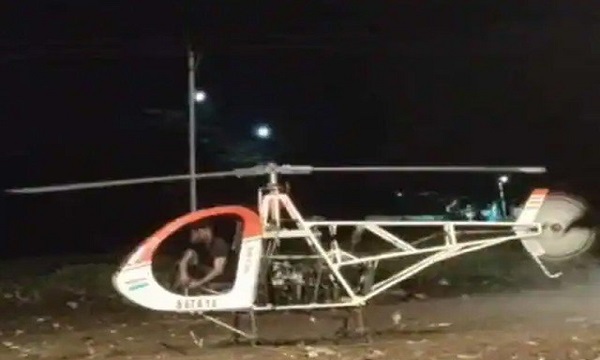 The Indian citizen had been building helicopters for the last two years but the blade fell on his head during the test flight.

Maharashtra: A young man in India died after being hit by the blade of his own helicopter.

In the Indian state of Maharashtra, a 29-year-old man lost his life after being hit by the blade of his own helicopter. According to Indian police, Sheikh Ismail was doing welding work during the day and building a helicopter at night. He was busy making a helicopter which he named ‘Mana Helicopter’.

According to police, on the day of the accident, Ismail kept the helicopter key in the open so that he could make a test flight. However, as soon as he started the engine, the blade came out of the machine and burned on his head. However, he did not die.