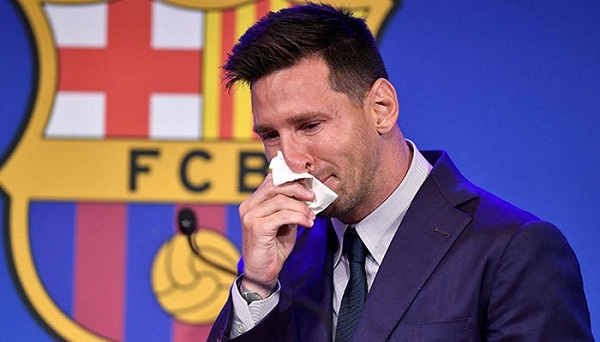 Lionel Messi, the star footballer of Argentina, announced his farewell to the famous Spanish football club Barcelona in a press conference a few days ago.

At the conference, when Messi announced the end of his 21-year journey with Barcelona, he was overwhelmed and as soon as Messi’s wife saw the tears in her husband’s eyes, she handed him a tissue paper with which he wiped away the tears. And threw.

However, someone would pick up the discarded tissue paper and put up an advertisement to sell it. No one would have thought that.

According to foreign media reports, during the press conference, a man sitting in the hall picked up the tissue paper and advertised it on an online website for sale for more than 1 million, or 160 million Pakistani rupees.

The man claimed that the tissue paper contained Macy’s pure genetic material that would help him become a footballer like him. The name of the advertiser could not be ascertained.