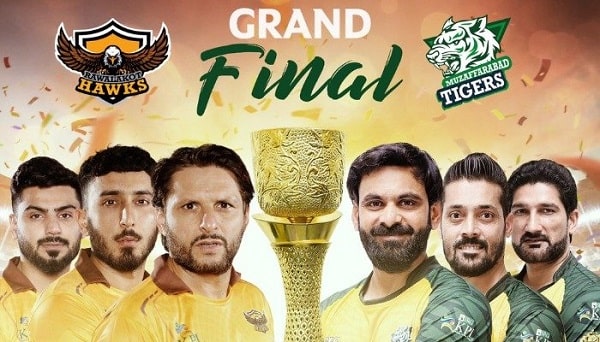 Playing first in the KPL final, Rawla Kot Hawks gave the Muzaffarabad Tigers a target of 170 runs to win.

RAWALAKOT HAWKS ARE THE WINNERS OF #SRGKPL SEASON 1 🦅🏆🔝

In reply, the Muzaffarabad team scored only 162 runs in the allotted overs and thus Rawalpindi team won by 7 runs.

The Muzaffarabad Tigers are captained by Mohammad Hafeez while the Rawalpindi Hawks were led by Shahid Afridi.